West of Sunset by Stewart O’Nan

Each time I return to FSF’s novels, his stories, his letters and essays I am saddened, even touched by the talents he squandered. If only..... hangs over the last dozen years of his short life. In some ways I marvel at what he did accomplish, given the self-destruction everywhere apparent. 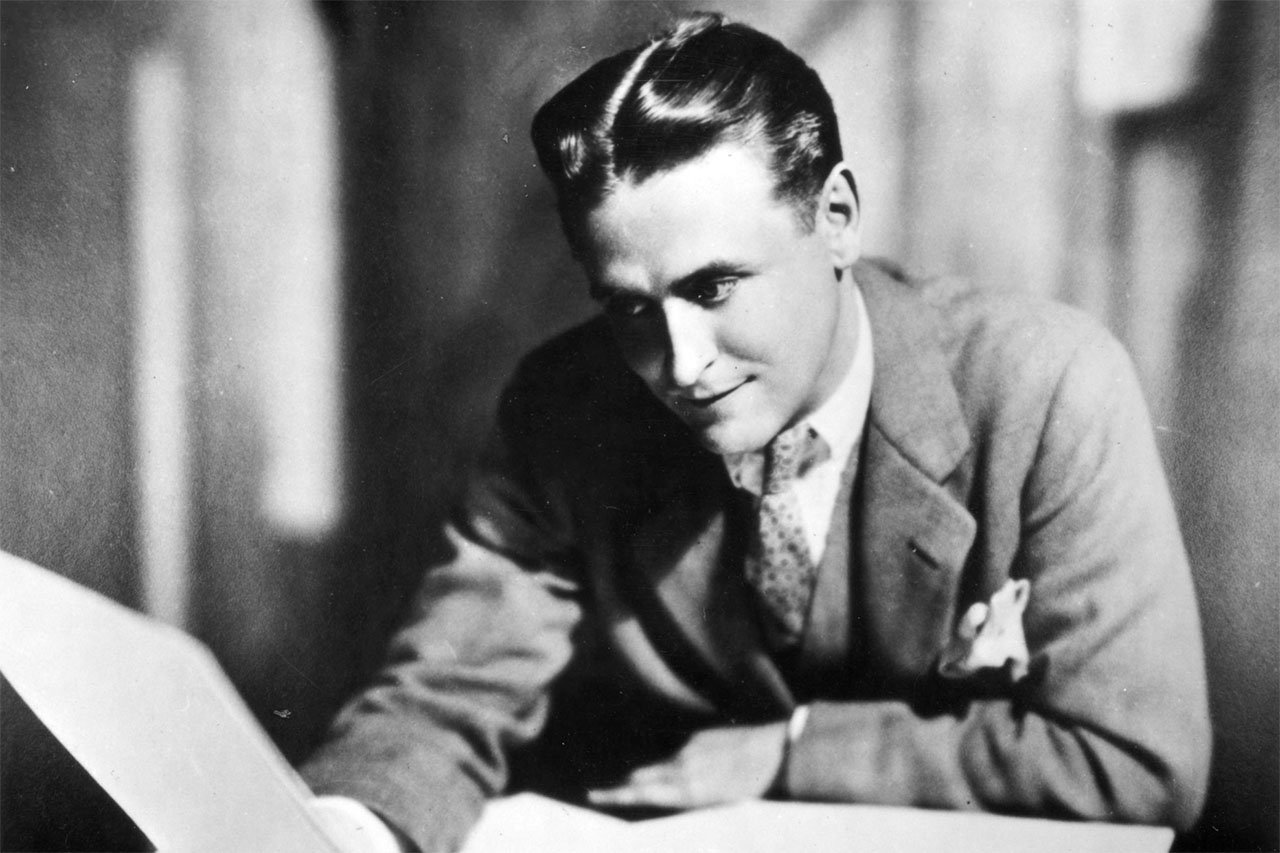 A novel of the last years of F. Scott Fitzgerald.

Every time I re-read F. Scott Fitzgerald’s The Last Tycoon, published posthumously after his death, I want to throttle him. I want to shake his shoulders. Why, oh why couldn’t you keep it together enough to finish this book? Why did you go on drinking, and die at the age of forty-four?

West of Sunset, the 2015 novel by Stewart O’Nan suggests the answer to that question.

West of Sunset fictionalizes the last few years of FSF’s life c. 1936 to 1940 when he had come to Hollywood to write for the pictures. He was always in desperate need of money; he supported a wife in a private asylum and a daughter in private school, and later Vassar; moreover his own needs were not modest. FSF’s letters have been published in several different volumes and if you know the letters (and I do) you can see that basically O’Nan has portrayed them scenically. The novel chronicles how truly desperate was FSF’s situation artistically, financially, physically, socially. FSF was, to borrow a phrase from H. G. Wells, a man at the end of his tether. This is not a pretty picture, made worse by alcoholism that is painful to read about. O’Nan imagines what it was like for people who knew FSF, those who cared about him, and those who didn’t give a damn.

Hollywood was good to a lot of writers, but then, as now, it chewed up and spat out the weak or merely unlucky. FSF was both. Nothing that he wrote for films ended up on screen, nor, as I recall, did his name ever appear on the screen. In West of Sunset you see FSF’s increasing despair as he writes for this film or that, only to have what he’s written snatched, deflected, handed off to someone else. This is the way Hollywood works; it’s a factory. It’s not the way a novelist works. FSF tries to go without drinking, but fails time and again. He alienates the studio heads just as he alienated magazine editors. He writes stories, but his work is no longer fashionable and the money and his reputation have all dried up. Mr. O’Nan portrays FSF as alternately manic, pathetic, whining, boasting, bullying; he shows both FSF’s drunken destructiveness as well as his fabled charm.

West of Sunset is generous, insightful with the lesser lives, people whose lives intersected his. In biographies these are often just names, buzzing like moths around the flaming Scott and Zelda. But here, for instance Zelda’s family are vivid, and the back-and-forth recriminations (who is responsible for Zelda’s insanity) that beset the whole family are sympathetically given. In this respect, the novel as a form of inquiry is better suited to giving these people depth, rounding out their motivations. A biography, of necessity, is shackled to primary documents and concerned with its primary focus.

Where Mr. O’Nan’s novel truly shines is toward the end, the whole Winter Carnival debacle.

People who admire FSF (and I have long been one of them) know the story. Budd Schulberg, son of the head of Paramount Pictures and FSF went off to Dartmouth to research, to so speak, the Winter Carnival for a light-hearted comedy they were going to make. (Budd was a Darmouth alum.) Winter Carnival in Hanover New Hampshire was basically a week-long debauch of drinking, sex, and high spirits with a beauty contest thrown in. Fine, if you’re a coed, or a fraternity boy. Fine, if like Budd, you’re a young man in your twenties with good health, and an assured future. But it was not fine for FSF who fell off the wagon almost immediately, fell off more than the wagon, nearly fell off the train. Bedraggled, frozen, drunken, he later fetched up in New York, miserable, sick and alone. The episode cost him the last of Hollywood’s goodwill, and certainly contributed to his death the following year.

Budd Schulberg many years later wrote a best-selling, thinly veiled account of this fiasco, 1951’s The Disenchanted. Perhaps understandably Schulberg lets his young first-person narrator off the hook for his role in the crash-and-burn of the FSF stand-in. I found The Disenchanted lackluster, but until Stewart O’Nan wrote West of Sunset, it was the only imagined account that we had of the Winter Carnival disaster. In West of Sunset it is harrowing: to watch a human being, thrash his way through this pathetic and destructive episode without pride, without any kind of dignity.

Years ago, a writer-friend of mine, in passing, asked me, “Oh, and what was the name of that drunk you so admire?”

“F. Scott Fitzgerald,” I replied, stung. Hurt to the core, actually. As if her words had casually trashed my brother, someone at least for whom I felt loyalty, compassion. Her words made me feel ashamed to have admired someone so fucking awful, as though I were a fool.

Well, I am still a fool. I still admire so much of his writing. Each time I return to FSF’s novels, his stories, his letters and essays I am saddened, even touched by the talents he squandered. If only….. hangs over the last dozen years of his short life. In some ways I marvel at what he did accomplish, given the self-destruction everywhere apparent.

What he finished of The Last Tycoon was published in 1941. Truly the book is just a remnant of draft, with some notes appended at the end, the whole edited by the critic, Edmund Wilson. And there was a recent new edition called The Love of the Last Tycoon. Lots of ink has been spilled lauding this novel, saying it would have been his best. I don’t think so. There’s not enough here to redeem FSF’s talent or his youthful promise.

Even had he lived to finish it, I do not believe it would have been a great novel. Yes, he absorbed Hollywood’s glamour and flash, but a lot of labor union types lurk in these pages, as do ham-handed studio executives. Though he would have been vividly aware of union strife in Hollywood, Fitzgerald did not have the proletarian touch. That torch was not his to pick up. FSF was best portraying young men like Dick Diver, Jay Gatsby, and Monroe Stahr, their impossible dreams, their sad, but foreordained trajectories. FSF was an arch romantic trying to make a living in an era when writers of gritty literature (Steinbeck, Erskine Caldwell, James M. Cain) shone and prospered.

This cultural shift also very much hurt, blunted the reception of Tender is the Night. By 1935 the world had other things to think about than the antics of a handful of rich people on the Riviera. By June 1940 the France that FSF had loved was under the boot-heel of the Nazis. He died shortly before Christmas, December 1940.

Ironically, The Last Tycoon got a bang-up presentation a few years ago in an Amazon Prime production. The showrunners opened up backstories of characters who barely featured in the novel. They even introduced a few characters not in the novel, people who added to the social context. Production values were lavish, the cast was fine, and the episodes built well on one another, a splashy, satisfying Season One that could have gone on, but alas it did not.

In the course of writing a novel the author moves in close with the characters, so close that their traits can grate and irritate like those of a spouse or roommate. I can imagine that at times Mr. O’Nan too wanted to throttle FSF. I hope that writing West of Sunset did not disabuse Mr. O’Nan of his admiration for FSF because his portrait here is scathing, but it is not without mercy and not without tenderness, and compassion. And god knows, we could all use a little of that.