One of my favorite opening lines in literature is Quentin Bell’s biography of his aunt that runs something like this: “Before there was a Virginia Woolf, there was a Miss Stephen.” Immediately such a line cracks the fortress of The Canon, and obliges the reader to think not of The Great Virginia, but someone quite else.

Virginia Stephen, born in 1882, was part of a complex, blended family full of Eminent Victorians on both sides.  Her father, Leslie Stephen (1832–1904) was one of those 19th century intellectuals whose literary output and energy (The Dictionary of National Biography, for one!) boggles the mind. Her mother Julia Duckworth was his second wife; they each brought children to the marriage, and had four more together, Vanessa, Virginia, Thoby and Adrian. The family summered in Cornwall at Talland House near St. Ives.

Julia died in 1895 when Virginia was just thirteen, a crucial loss that sparked an early breakdown for her, and plunged her overbearing father into bleak, demanding gloom.  When Leslie Stephen died in 1904 the younger Stephens abandoned their staid home, 22 Hyde Park Gate and moved to then unfashionable, bohemian Bloomsbury. They set up house together, and entertained reams of lively friends and lovers who became the core of the famous Bloomsbury Group. Thoby died of typhoid in 1906.  Vanessa married Clive Bell in 1907.  And then there was Miss Stephen, solo. Certainly not friendless, but bereft nonetheless. She married Leonard Woolf in 1912. 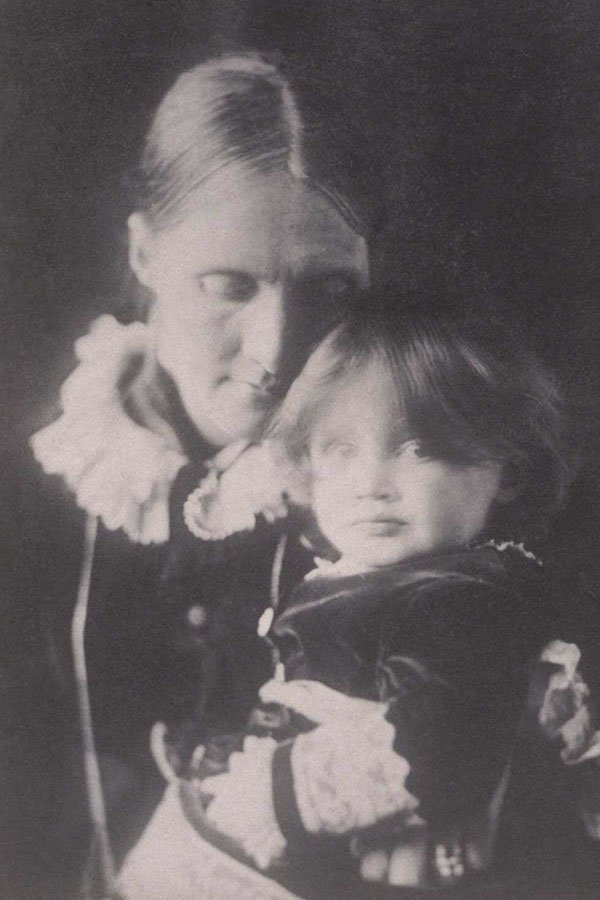 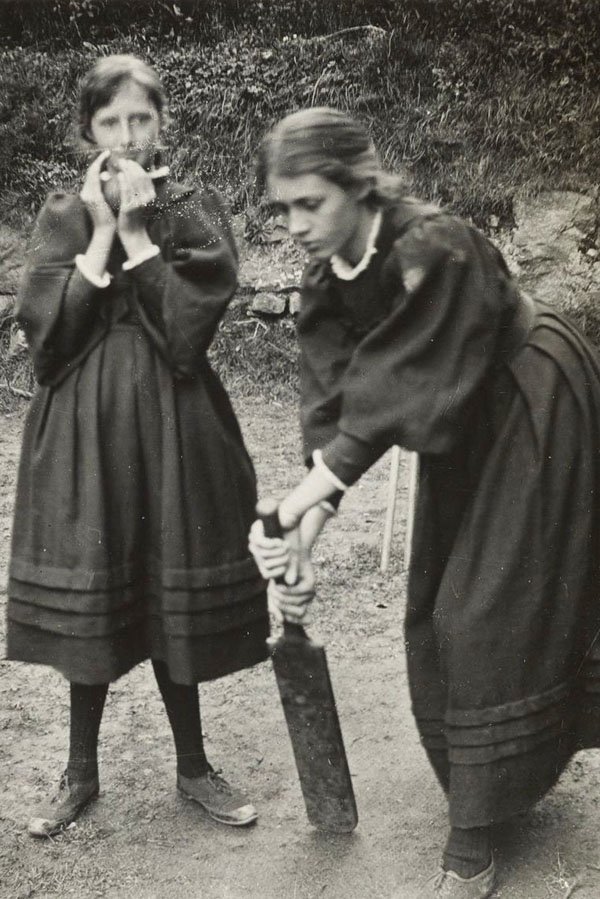 As a reading experience nothing else has ever quite equaled the first time I read To The Lighthouse.

I have tried to read nearly all of Virginia Woolf’s work including the published letters and diaries. Many of her novels are too cerebral for my taste; they lack a sort of exuberance or energy without which, for all their artistic refinement (for me) they are pale, unmemorable.  Three of her works, however, are seared into my memory, indeed, into my life.

“The Death of the Moth” was the essay she wrote shortly before she waded into the River Ouse to drown herself in March,1941. It reduces me to pulp every time I read it.   A Room of One’s Own….once beyond those early pages (the prunes and custard put me off)  I felt like the Great Virginia had taken me by the shoulders and throttled me until my teeth chattered while she screamed at me: Do it! Write! (I’ve described that experience elsewhere.)  But To the Lighthouse! What a gem!  I still return to it again and again, year after year, always finding some new nugget of craft or understanding in its pages. As a reading experience nothing else has ever quite equaled the first time I picked up this novel.

In every paragraph one feels unceremoniously dropped into a cauldron of competing consciousnesses.

I was in grad school though I cannot now remember if To the Lighthouse (1927) was assigned for a class. Doesn’t matter. I am a fast reader and I moved through Part I at my usual clip, strumming through the story of a huge Edwardian family (eight children!) and their guests at their vacation home (set in the Hebrides). I found the novel difficult; the point of view roams all round, and in every paragraph one feels unceremoniously dropped into a cauldron of competing consciousnesses. And really, all these people and their dinner party? Minta’s brooch? Stuffy Mr. Tansley? Greedy Mr. Carmichael? Grim Mr. Ramsay. Prim Lily Briscoe. High-spirited Cam. Poor little James.  Many of the characters are like a bunch of cats in a bag, and some of them rather unpleasant as well. Mrs. Ramsay in her emollient way holds the whole day/evening/family/meal together. 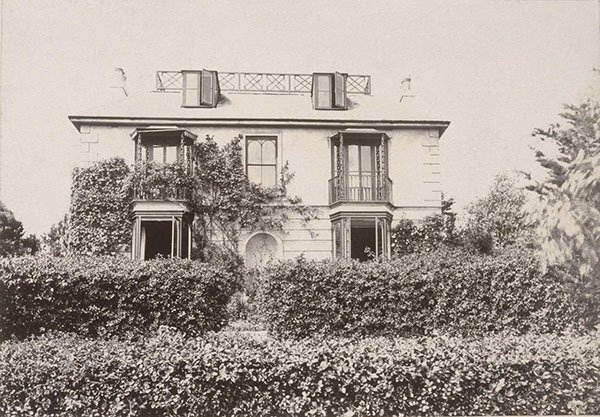 The house at St Ives

I asked myself: what kind of author unceremoniously offs their central character?

Then I came to Part II, “Time Passes” which is equally unconventional narrative, but in a different way, swift, scenic pastiches over events, including the Great War. Part II ruffles through the lives of this family and the guests we met that memorable evening.  Poor Prue Ramsay, dead in childbirth.  A son, dead at the Western Front.  Amid these random revelations we return regularly to the empty, decaying house as if it too is a character.

Reading along I suddenly stumbled on a bit of info that Mrs Ramsay had died. What? What? I was stricken! What did she die of? I must have read so fast that I missed something! I must have missed where she was sick. So I  returned to the beginning, and read carefully. No mention of her being ill or any such thing. I asked myself: what kind of author unceremoniously offs their central character?  And that’s when I realized that I had responded to Mrs. Ramsay’s death just as if she’d been a real person—an experience altogether new to me as a reader. I felt the cold shock of her death as though I had personally known, liked and admired Mrs. Ramsay. And, as an unexpected death often does, the loss of Mrs. Ramsay changed the way I looked at everyone. Beginning with Mrs. Ramsay herself.

People said she really was an unremarkable woman. What had she done in the world, after all? Here she is, middle-aged, mother of eight, who managed a household and created a social milieu helpful to her difficult husband’s academic career. But revisiting Part I, the reader sees, with a bright shock of recognition, that she was remarkable! A solar center radiating into her own little universe, the bright rays of her being, warming everyone who came within her orbit. She had such tenderness for everyone—whoever they were. That opening exchange of dialogue conveys that tenderness.  She tells the little boy, James, yes, we’ll go to the lighthouse tomorrow if the weather is fine. Mr. Ramsay immediately tells the kid, in his pompous Edwardian fashion, the weather tomorrow will suck.  But Mrs. Ramsay could also be fatuous and a little shallow, pleased to see everyone around her table that candlelit evening, though she is prickly with Mr. Carmichael when he asks for a second helping of soup.  She is certain that marriage is good for everyone, and even fancies that she might link Lily with one of the other guests. She has such hopes for young Minta and Paul, that they will get engaged while they’re here.

And then in Part II we read that yes, Paul and Minta married, but within a decade  they are thoroughly nasty to one another and unfaithful, and that day on the beach, hunting for Minta’s brooch, that was as good as it was ever going to be for them. Part II ends with the house, and revelation dawns slowly upon the reader that really, our days—the best, the worst, the most ordinary—slide into and under and wash away all the little petty concerns that make us happy or cranky, or pompous or whatever we are. All of our little universes are important—and ephemeral.  The novel is an unequaled, exquisite cocktail of temporality and mortality.

Time has tempered everyone. They go to the lighthouse.

Part II, Time Passes” with its relentless mortality and decay does not dim the great achievement of Part I. Here we see Mrs. Ramsay’s gifts concentrated into a single day, and within a finite group of people. This is a great writerly feat. Wrangling a character with such ineffable gifts to the page is not easy. You can see this struggle in F. Scott Fitzgerald’s Tender is the Night, in that opening beach scene, his narrative efforts to convince readers that Dick Diver has these same gifts, generosity of spirit, ease and affection that communicates itself to others. Fitzgerald uses a distant third-person narrator, someone looking on, just as the reader is looking on.  The Great Virginia’s third-person narrator weaves in and out of all the characters’ minds and hearts, and so the portraits are intimate, each person’s estimation, judgment, colored by their pasts and aspirations.

In Part III about ten years have passed.  It’s after the War. Some of the people from Part I return to the house for the first time. Cam and her brother, James, grown now. Their father, Mr. Ramsay, Mr. Carmichael, and the artist Lily Briscoe, still pondering perspective in the painting she had begun ten years before. They go to the lighthouse. Time has tempered everyone.

To the Lighthouse, though not a memoir, shimmers, takes one day as a sort of prism. The difficult, disappointed Mr. Ramsay in the novel probably reflects more gently on Leslie Stephen than a memoir would have. Julia Duckworth Stephen as Mrs. Ramsay offers unstinting warmth along with a dollop of indulgence to just about everyone.  The author is the modernist icon, the Great Virginia, but I cannot help but think of the former Miss Stephen, as her pen raced across the page, how she must have must have reveled, recreating whole summers of childhood,  distilling them into that one day.

Art too has its limitations.

Literary critics, and more learned minds than mine, have spilled buckets of ink over  To the Lighthouse, particularly over  Lily Briscoe.  Many cite her as the character with vision, that her care in composing her picture is the true artistic core of the novel. They say Lily stands in for the Great Virginia, the outsider, the artist.  To this, I say (in the immortal words of my college roommate) win-a-win-few-a-few.  Lily is too prim, too precise to stand in for the Great Virginia who clearly had an exploratory mind.  The reader likes Lily, and her ruminations on art are genuine, and interesting, but is she the beacon in this book?  If so, well, then (it seems to me) art too has its limitations, doesn’t it?  Is art, her painting, truly any more satisfying, more meaningful than the gathering among the candles and the summer twilight? One endures as artifact. One endures as memory.

Shed your story-telling expectations, and the novel will take you in its current and take you to the lighthouse.

The narrative style of To the Lighthouse is challenging. The interior thoughts, the dialogue, the consciousness of different people are awash in the same paragraphs with no respect given to the pickets of conventional narrative prose (in which stuff like this ordinarily does not happen). But if you shed your story-telling expectations, go with the flow—and, admittedly, read the book more than once—this novel will pick you in its current and take you to the lighthouse.