This One’s for the Writers! 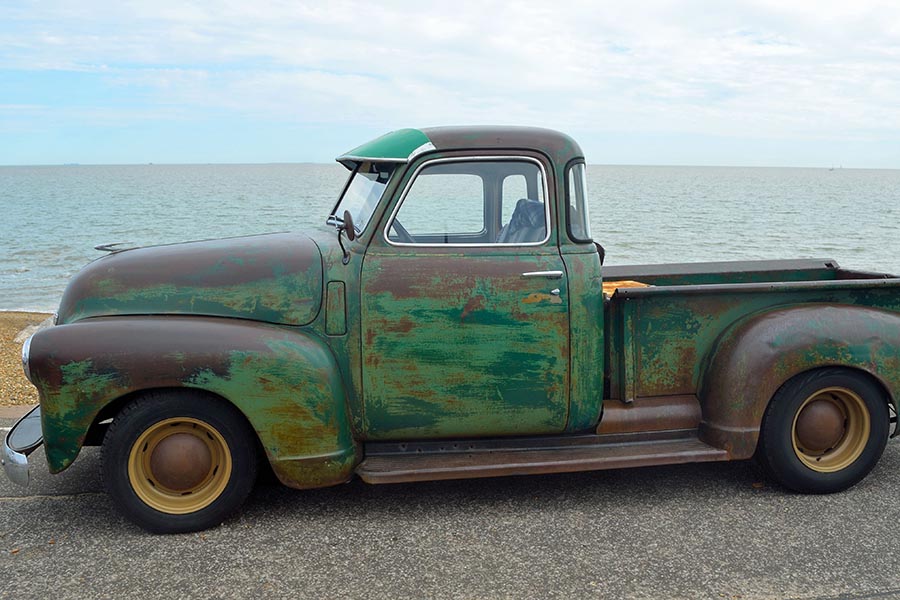 The Pickup and the U-Haul

You’ve written “The End.”  Bravo.  Celebrate! Buy champagne, dance in the streets! But inevitably after that glorious moment, you drag yourself to your desk, open a new folder called Version 2, or Revision, or New Draft. Whatever.  You’re thinking: oh shit, here we go again.

This is the point where you want to put your characters in a pickup truck. The image of the pickup truck is a revising tool that gives  authors the opportunity to ask important questions,  to streamline their thinking before embarking on the next draft.  You know a lot more now than when you started out. Trust me.

This pickup truck is old, a old Dodge, maybe with a running board and a column shift, or maybe four-on-the-floor.  Gears that grind. Windows that creak when they roll down.  No air conditioning. No blue-tooth. AM radio bristling with static. A bench seat, probably torn, upholstery tufting out.  Some characters sit in the cab. Some are bouncing in the back of the truck. Maybe one or two ride on the running board.  Each  has a relationship to the others, though perhaps not to all the others. The destination is irrelevant.

To revise your book  using the pickup truck, begin with the driver. Who is the driver? Sometimes the answer is obvious, Huck Finn is the driver; Jim is in the passenger seat. Everyone else in that novel is in the back of the truck even if they don’t want to be. (The Duke and Dauphin insist on the running board).  If the driver in your book isn’t immediately apparent to you, ask yourself: who changes? Your work can (and should) develop many characters, but only one person can drive the truck, the person whose changes propel the story.

In a first person narration—fiction or memoir–the driver is the Narrator.  In creative nonfiction, the driver is probably the individual with whom the narrative begins.  In beginning with that person, the author endows him/her with importance.  In the finest creative nonfiction (John McPhee, for instance) even if his true subject is the land, McPhee develops people with significant relations to that land; the story returns to these people again and again, and we see the land through their experiences. In fiction told third person, you should be able to identify the central character by asking who’s story is it? Put that person behind the wheel.

Once you have your driver, then ask: Who is in the cab with the driver? These are the  relationships that will fuel your story, that will inform your characters’ choices, and highlight their challenges.  With the bench seat on an old Dodge you can cram as many as four people into the cab, but not more than that.

In The Great Gatsby Nick Carraway is at the wheel. Jay Gatsby is in the passenger seat and Daisy Buchanan sits between them. Daisy links them; she is Nick’s cousin, and Jay’s undying love for her sets the events in motion.  Jordan Baker, Tom Buchanan, Myrtle and George Wilson, they are in the back of the pickup. Everyone else in that novel is in the U-Haul. (Yes, your pickup can be pulling a U-Haul.)

In One Flew Over the Cuckoo’s Nest even though the Chief is the narrator, clearly, the guy behind the wheel is McMurphy. The Chief is in the cab along with their nemesis, Nurse Rachet. In To Kill A Mockingbird, Scout is behind the wheel even if she’s too young to drive. Atticus and Jem and Boo Radley are in the cab with her. Atticus and Jem because the novel is finally a story of family. And Boo? Boo is the beneficent ghost who hovers over the whole book linking all the threads.   Everyone else in To Kill A Mockingbird remains in the back of the truck. There is no U-Haul.  Frank McCourt is at the wheel of Angela’s Ashes with mum and dad.  Everyone else in that noisy, crowded memoir is in the truck bed, probably pounding on the back window, cursing or crossing themselves.

In my novel, The Great Pretenders, the first person narrator, Roxanne Granville is at the wheel. In the cab with her are her grandfather, Leon, and her lover, Terrence. Her unresolved anger toward her grandfather (complicated by her love for him) will inform many of her choices. Her love for Terrence—forbidden by everything and everyone around her—will challenge and reward her.  And yet Leon and Terrence  have no relationship to one another. They do not know each other. Their paths do not cross. However, once I started thinking about the back of the pickup, I noticed a character who, in the early drafts, was so minor he merely carried sandwiches on a tray. I could see that the he alone linked the two major story-lines; obliquely he linked Terrence and Leon. Thus, when I returned to the script to revise, I heightened his portrayal. He is now present, described in the first scene. He informs the last scene.  He’s still in the back of the pickup, of course, but he is given more narrative weight, more ink throughout the novel.

Your characters may bring assorted objects with them to the truck. These items detail, identify their values, and choosing them helps guide your revisions.  In The Great Pretenders Jonathan and Denise both cling to vanity and ambition. Charlie clings to his surfboard. Irene clings to her fine house, her fine clothes, her sapphire ring—and what it symbolizes. Irene would put her children in the U-Haul, and that’s where I put them too.

As you populate the cab, the back of the truck and the U-Haul, you are looking for relationships that need to be enhanced and enlivened in revision. And those that need to be diminished. Roxanne’s mother was originally in the back of the truck, but  in the early drafts I moved her to the U-Haul. She was needy and annoying; she absorbed  narrative space I could have spent developing characters who had significant roles to play. Her role was in the past, off-screen, so to speak, the damage she’d done to Roxanne as a kid.  By the fourth draft, I had put the mother by the side of the road and sent her to the Bahamas, never to appear in these pages again. She left with her inebriate husband who had not one line of dialogue, which was another good reason to get rid of them. 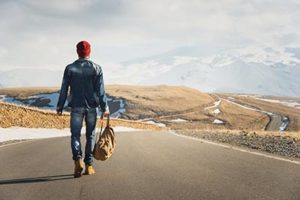 So yes, the truck can stop and characters ordered out. But you can also stop for hitch-hikers. In The Great Pretenders Thelma Bigelow was a hitch-hiker. Originally she just had a job, secretary to a blacklisted writer. Midway through the writing the truck stopped for her and she climbed in the back. And a  fine addition she was too. She provides wisdom, caution which Roxanne sadly lacks.

The pickup truck has been useful to me over the years as a revision tool. I first stumbled on it many years ago when I put all sorts of characters in the back of a pickup and it took me three weeks to find out who they were and what they were to one another. They were a lively, irreverent bunch, but as I have revised this book over years, at least half of them have been ordered out of the truck bed, out of the U-Haul and left by the side of the road.