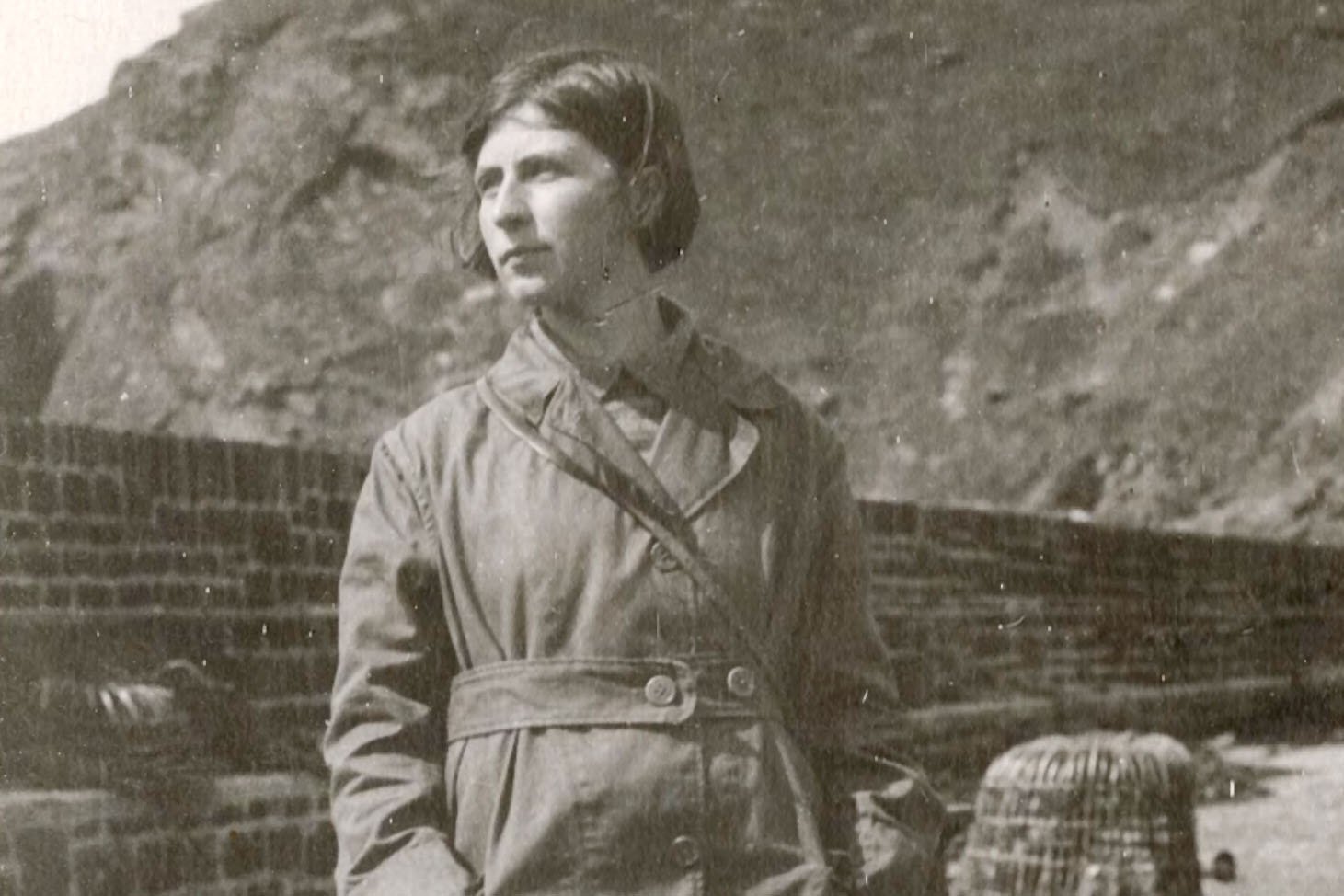 The Heart to Artemis is one of those rare memoirs that, at the end, leave the reader more curious about the writer than when she began the book.

Bryher was born Winifred Ellerman in 1894.  Note I do not say that Winifred Ellerman was her real name. It was not. Bryher was the name she wrote with and loved with and had her being, the name she gave herself. She took it from one of the rugged Scilly Islands off the Cornish coast, a place she found enchanting. Not counting the book of poetry her father paid to print when she was twenty, Bryher published at least seventeen volumes in her lifetime (1894–1983) fiction and nonfiction on an array to subjects and eras, nearly all of them unread now. (The Heart to Artemis and two other volumes were reissued by Paris Press in 2006.)

I first stumbled across The Heart to Artemis when I was in grad school researching the complicated literary, artistic, romantic and sexual alliances of the World War I generation of writers and artists, lives forever upended by the Great War. Her unusual name kept coming up.  Now that I’m revisiting her memoir, apart from those lives, she seems to me even more interesting.

In the years before the Great War, the height of women’s fashions was the hobble skirt, narrowed at the ankles, a fitting metaphor if ever there was one.

Bryher steadfastly describes herself and her family as decidedly middle class. In truth, she was the daughter of one of the wealthiest men in England (ever) a fact she does not mention. Though she taught herself to read at the age of three, travel—long momentous journeys traveling and living in France, Italy, and Egypt—dominated her childhood, and fills the first third of the book. 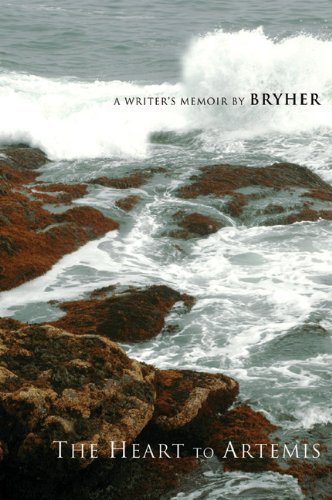 But when she was fifteen, the family’s traveling adventures came to a close. They returned to England, to the Sussex coast to stay planted there. Bryher attended a nearby girls’ boarding school, Queenswood, where, oddly, given her solitary, peripatetic childhood, she prospered. Never having had a friend before, at Queenswood she made friends for a lifetime. At age eighteen or nineteen she was intellectually ravenous, and undecided in an era where educational and artistic opportunities for women were cramped. As she makes clear, Bryher, almost literally, could not move without affronting propriety. High fashion in 1911 included a hobble skirt, narrowed at the ankles, a fitting metaphor if ever there was one.

Reading her memoir, I could not help but think that perhaps these Edwardian restrictions actually worked in Bryher’s favor. Clearly, she could have been a fantastic archeologist, a linguist, even a philosopher; indeed she dove headlong into all of these pursuits, but made a profession of none. Given the swath of her reading, her acquaintance, her sheer engagement with the world, her eagerness to open herself to experience (from psychoanalysis to flying lessons to creating cinema) any singular profession would have hobbled her as much as that Edwardian skirt. Still, once out of school, living with her parents, she was, so to speak, clapped in the iron grasp of maidenhood.

How to get out of this? Well, marriage would do.  She made the first of two marriages of convenience in 1921 to Robert McAlmon (1895–1956) an ambitious, impoverished American writer living in Paris.  McAlmon used Bryher’s abundant money to start Contact Editions that published some of the most stellar names of modernism, both European and American. They divorced in 1927, and she made a second marriage of convenience, to film maker and critic Kenneth MacPherson (1902–1971). This collaboration (as opposed to a union) created the legendary journal, Close Up that brought distinguished film criticism to an international audience. With MacPherson she produced the seminal avant-garde film Borderline, starring the  incredible Paul Robeson and the American poet, H. D.

The book is full of blithe refusals.

The Heart to Artemis is matter-of-fact about contractual nature of these two marriages.  She is less forthcoming about other aspects of her life. In fact, I admired her picking over exactly what she was prepared to say…and what she wasn’t.  The book is full of blithe refusals to tell-all–hence my curiosity when I finished it! She was an unapologetic lesbian, and there’s nothing coy in these pages but neither is there anything raffish. The love of her life, the American poet, H. D. (Hilda Doolittle) appears in a few memorable, even moving scenes, but the depth and complexity of their relationship (and its rifts and rocky moments) those are not here.

All sorts of things are not here. No mention whatever that she and MacPherson legally adopted H. D.’s daughter Perdita.  Perdita scarcely shows up.  Of Bryher’s own family, the lapses are legion. She adored her parents whose first names are never given, nor is the name Ellerman. Not till page 134 are we told that she was fifteen when her parents were able to marry.  Why they could not marry? Not a word. (Later, in life, offered the opportunity to have her birth certificate amended to “legitimate,” Bryher refused.)  Shortly after her parents legally married they had a second child. She says nothing of this brother. In 1933, with the death of their father, the siblings quarreled in ways that must have torn the family apart. Bryher acknowledges the quarrel in spare terms. The brother, always nameless, is never mentioned again.

The model Kiki literally entered the room as Nude Descending a Staircase, “wearing a couple of soap bubbles and a towel tied where she did not need it.”

Bryher was an exemplar of that World War I generation, women and men who lived through the cataclysm, and emerged forever changed. Bryher writes that war, for all its awfulness, freed them. The book is at its liveliest, its most ebullient describing these freedoms demanded by a generation, herself among them, who ruthlessly sought out and embraced the New. 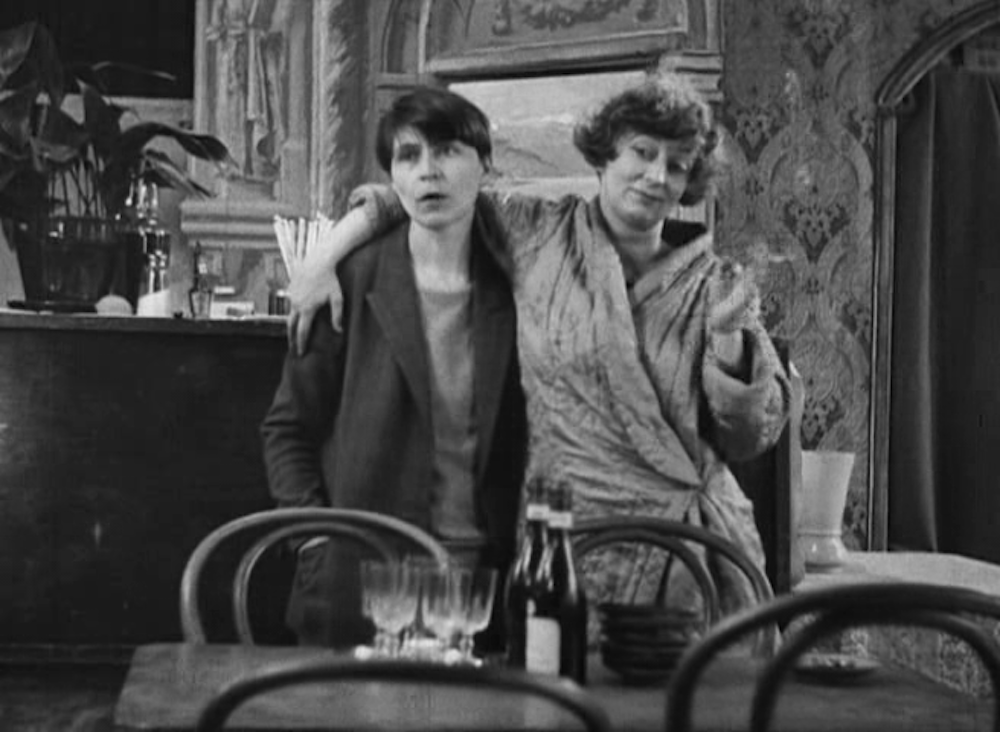 Bryher lived in Paris at the height of all that post-war artistic ferment, but she was not one of those who merely flung herself from café to cabaret in a search for sex, sensation, or inspiration.  She chronicles one such evening in detail, but remains an astute, observant outsider. She did not drink, and that too made her something of an outsider.  My favorite of her Montparnasse anecdotes is that of an evening at the studio of photographer Man Ray where the model Kiki literally entered the room as Nude Descending a Staircase, “wearing a couple of soap bubbles and a towel tied where she did not need it.”

Beginning in 1933 her home in Switzerland offered sanctuary to refugees fleeing the Nazis.

Born British, Bryher was a true European, comfortable with many languages and in many venues. She made her home in Switzerland, but traveled restlessly, extensively all her life; perhaps a taste, a need for travel came from those early childhood years.  She went to India and America; she adored Americans. (Except for Ezra Pound who made a pass at her, she did not love him, and she did not love William Carlos Williams.) She was analyzed by Freud and one of his acolytes, Dr. Sachs. She seems to have known or at least met every important artistic personage in those Between-the-Wars years.

For all her immersion in European artistic currents, Bryher was attuned to the menace, aware of the rise of Fascism that rumbled under that rich culture. Beginning in 1933 her home in Switzerland offered sanctuary to refugees fleeing the Nazis. Travel became increasingly difficult, and throughout the 30’s fraught with bureaucracy. All this upheaval occupies the last third of the book until war was declared in September 1939, and France fell to the Nazis in June 1940. By that time her efforts helping Jews escape had not gone unnoticed.  Informed unofficially that she was on the Nazi blacklist, Bryher’s last chapters recount a harrowing journey from Switzerland trying to get to London in the months after Dunkirk. She stayed briefly in Paris with Sylvia Beach and saw Walter Benjamin there for what would be the last time. He would commit suicide in the Pyrenees trying to escape the Nazis.

Bryher’s prose throughout the memoir is what I would call cool, never overwrought or emotional. Even in the very last scene. After all the perils she endured to get back to England (rendered in detail)  Bryher arrives at H.D.’s London house, glad to see it still standing, not bombed like so many others. Sitting on her suitcase on the step, Bryher awaits H. D.’s return.  Looking at all the neighboring houses’ blacked out windows, she reflects bitterly that she had tried to warn her British compatriots what was surely coming. At last H.D. returns home, and of her reunion with her lover of almost thirty years, Bryher remarks only that she “felt a little better” to see HD’s look of astonishment. That paragraph, the book itself ends with the lines, “The sirens started, the guns began and we went with our blankets to the shelter downstairs.”