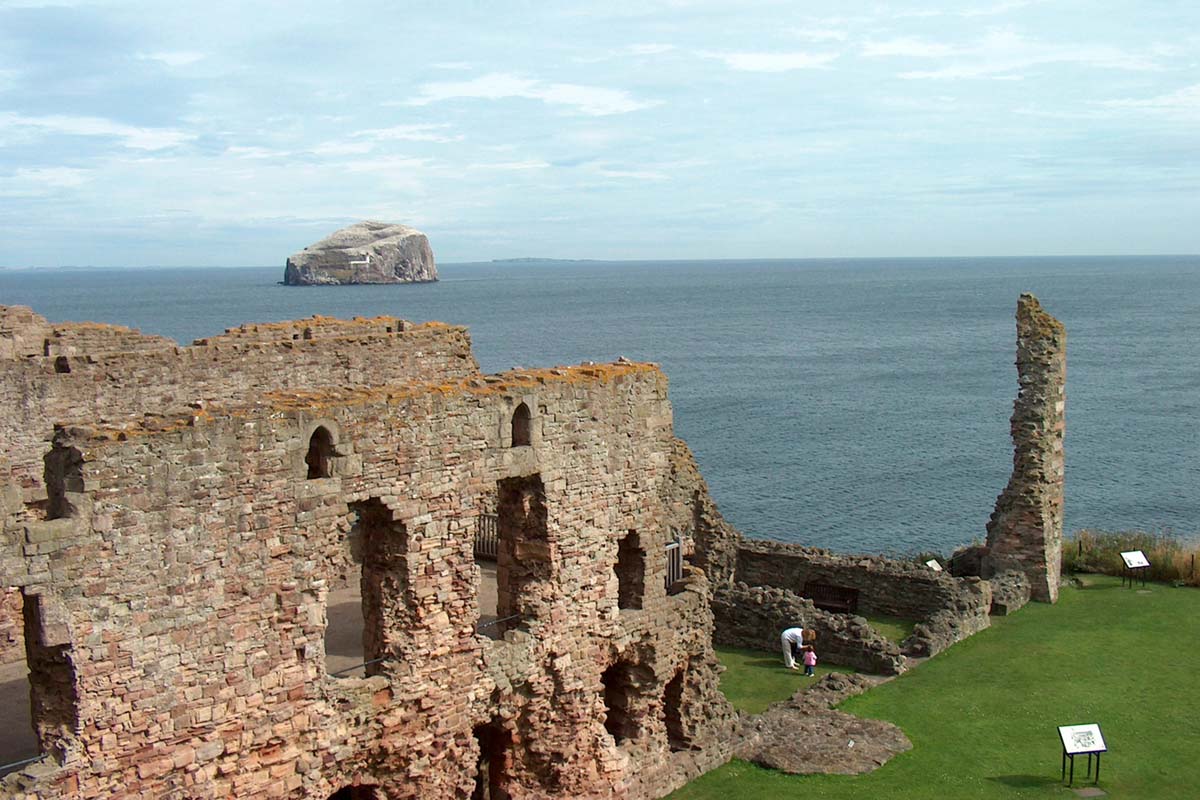 Most of these stories are either very long or very short. The title piece Delinquent Virgin started life as a traditional length story published in the UK, but once I knew it would go into a collection, I felt free to open it up, and give it the depth, the breathing space of a longer piece.

My favorite, and perhaps the best of all these, is the novella, Lavee Lagair Lamore Lamaird, but I couldn’t give a whole book such a weird name.

The strangest of all these is Cromwell’s Castle in which I grafted together two totally disparate parts of my life. The part about the 1651 siege of Tantallon Castle grew out of my time in Scotland in 1993 when some friends and I spent a summer afternoon visiting various castles on the North Sea. Several of these castles had been beautifully restored, including lovely gardens and flower pots on the stairs. You could easily imagine long ago people living there.

The day we were there was not some gothic storm-tossed afternoon, but sunny. Herds of school children played tag among the ruins, their bright voices ringing, lots of middle-aged couples with tidy picnic rugs and thermoses of tea. But for me the place cried out in a tragic wail. I could see those twelve men. The dialogue I put into the story on behalf of those soldiers—say what you will of delusion—I heard it. I was shaken to the core. I wrote the whole experience down in a journal, even though I knew I would never write a novel that took place in 1651.

Then, slowly within a day or two of the Tantallon visit, there returned to me another story I knew I would never write. This was a “true” story of the Captain who used to stride the unadorned large bluff of the beach town where I once lived. I’ve no idea of his real name or when he died (he was ancient in the 1970’s) we just called him the Captain. This old, angry fart (swinging his stick overhead) handed out toffees if you answered his questions correctly. I don’t remember what they were, exactly, and I don’t think I ever got a toffee. Additionally he would rant with a particular hatred of the Japanese. He claimed he had once all that beachfront property, and that he had manned a lookout tower there, scouting for Japanese subs during World War II, He would show you where the drainpipe had created a particular gulley amid all the erosion on that high bluff. In that era there was indeed concrete castle on the bluff. And when that era ended, there were condos and the pathetic patch of public park.

In a burst of creativity, I put aside the project I was working on, and wove the two stories together over a few days. Countless revision revealed the communal narrator, the people who lived in that town and loved that empty bluff.

Cromwell’s Castle is a long, lonely paean to two kinds of destruction. One by gunpowder, one by greed.