Refusing to let history slide into the past.

The 2001 film, BOYCOTT is essential viewing for Black History Month. It portrays the year long Montgomery Bus Boycott, winning many awards, including a coveted Peabody Award for “refusing to allow history to slip into the past.” 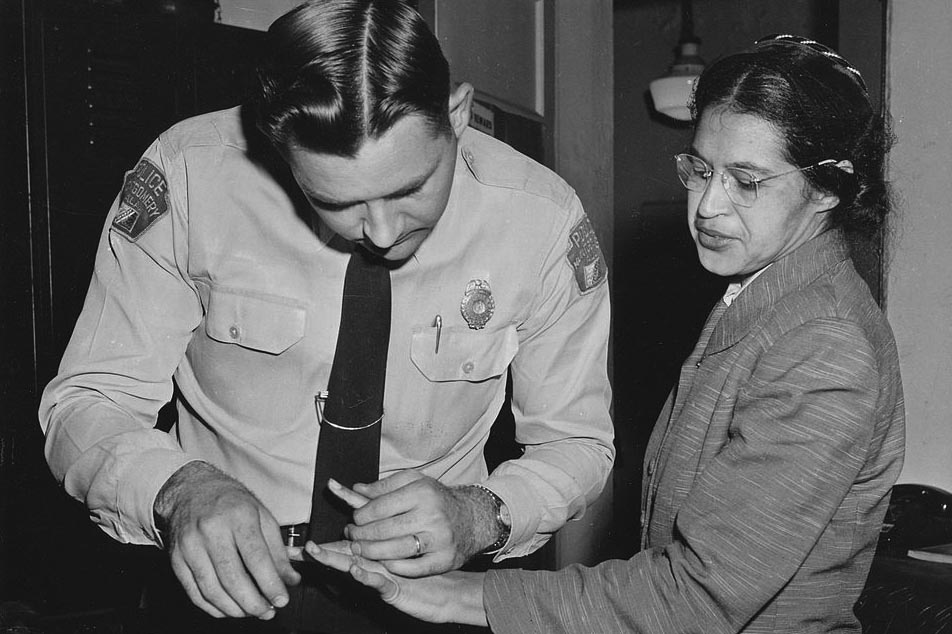 The Montgomery Bus Boycott on Film

The 2001 film, BOYCOTT is essential viewing for Black History Month. It portrays the year long Montgomery Bus Boycott, winning many awards, including a coveted Peabody Award for “refusing to allow history to slip into the past.” It is available again on HBO and as a DVD.

I found BOYCOTT to be moving, stirring, and unique, combining scripted drama and documentary techniques. True, they have Martin Luther King Jr’s actual speeches, and no doubt minutes of meetings, and it’s partially taken from a book, Stewart Burns’ “Daybreak of Freedom.” But also there are many documentary-style moments when people turn to the camera, breaking down the “Fourth Wall” and address the audience, telling us what they think/feel under these circumstances. Some of these people are actors, clearly, but some of them are elderly men and women, and I suspect they were participants in the actual 1955 boycott. Some reviewers found this didactic. I found it compelling. I was also impressed with how skillfully the filmmakers wove in details that illuminated the story and the people who figured in these events. Some names are known to all, Martin Luther King Jr., Rosa Parks, some not. The casting was brilliant. 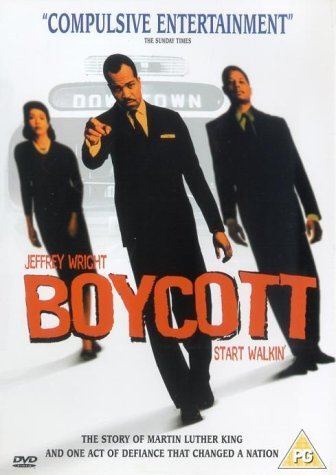 Jeffrey Wright (“Westworld,” “Boardwalk Empire”) portrays Martin Luther King Jr with restrained gravity. King was elected the leader of the Montgomery Improvement Association, the group that led the boycott, not because he was an icon, but because he was new to Montgomery, pastor of the Dexter Avenue Baptist Church. He was the choice because local leaders were contentious. These were not a band of saints all singing the same tune in the choir. These men and women struggled over tactics, and voices, and who-had-the-right-to-speak-for-whom.

The late Reg E. Cathey (“The Wire,” “House of Cards”) plays E. D. Nixon, a now forgotten activist who was the leader of Montgomery NAACP. We see Mr. Nixon being thwarted, aggravated, but unswerving in his commitment. Ralph Abernathy, King’s stalwart ally, is played by Terrence Howard (“Empire,” “Dead Presidents” a little known but terrific film). Eric Dellums (“The Wire”) gives a moving performance as the brilliant, troubled lawyer, Bayard Rustin. Carmen Ejogo (“True Detective”) plays Coretta Scott King tenderly, as a wife and mother conflicted for her family’s safety amid the press of these compelling events. She would later play Mrs. King again in another drama of another crucial moment in Civil Rights History, 2014’s “Selma.” (Wikipedia offers up the morselette that Carmen Ejogo and Jeffrey Wright met on the set of “Boycott,” married and later divorced.)

Iris Little-Thomas gives Rosa Parks’ quiet fortitude an intimate portrayal. The director, Clark Johnson (“The Wire”) used a montage of arresting images flashing by Mrs. Parks’ vision as she sat on the bus just before she was ordered to relinquish her seat to a white man. She later told someone she was thinking of Emmett Till just before that moment. Emmett Till, just a boy, had been brutally murdered in Mississippi in August 1955 in a crime that shocked the nation.

For me the biggest casting surprise was the appearance of none other than the incomparable Aaron Neville as an extra! What? How could Aaron Neville be an extra? His face and presence are unforgettable. He stood, deep in the crowd surrounding MLK’s house the night it was bombed. (January 30th 1955).

Aaron Neville contributed to the 3 CD soundtrack album, apparently only available as a CD, not streamed. But below you’ll find two great albums of civil rights songs that might well have been sung, voices that might have been heard in the Dexter Avenue Church, as black Montgomery citizens walked to and from work for 381 days rather than sit in the back of the bus.