Research for my novel The Great Pretenders (2019) concentrated on 1950’s Hollywood, the Blacklist Era, its antecedents and repercussions. Free to random read again, I found on my bookshelves Pictures at a Revolution: Five Movies and the Birth of the New Hollywood by Mark Harris (2008). Following that, I read John Gregory Dunne’s fantastic The Studio (1968) and finished it in one day.

Mark Harris’s is an exhaustively researched historical account of “the emergence of the new Hollywood” (now, of course old Hollywood). Harris focuses on the 1967 Academy Awards, positing that the five movies nominated for Best Picture heralded a revolution, changed  the way that films were financed,  and who made them, as well as their social and political content. Harris’s material is rendered in long, loopy, elaborate chapters, leapfrogging among all five films, The Graduate, Bonnie and Clyde, In the Heat of the Night, Guess Who’s Coming to Dinner, and Doctor Doolittle.

Read Mark Harris before you go to a cocktail party and you will have enough anecdotes to fascinate everyone there for hours.

Dunne’s book is contemporaneous with the events he describes. In 1967 the Zanucks (father and son) overlords of 20th Century Fox—incredibly!—gave him carte blanche to wander anywhere, sit in on meetings, interview anyone for this book. Dunne’s material is given in short, sharp scenes, replete with flawlessly rendered dialogue (as only John Gregory Dunne could do) perfect pithy descriptions and a lot of droll, dry humor. I loved this book. 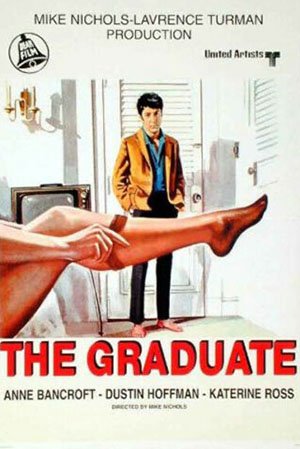 Both books support my conviction that authors who write about film are the very people for whom the term nerdgasm was invented. Read Mark Harris before you go to a cocktail party and you will have enough anecdotes to fascinate everyone there for hours. (If any of us were going to cocktail parties, that is.)

Bonnie and Clyde, and The Graduate were the first of the Indies, films created outside of the studios that made not just a splash, but a difference. Mike Nichols won Best Director for The Graduate and Anne Bancroft won Best Actress for playing Mrs. Robinson. But this revolutionary moment was a long time coming. Both films had long gestations, many disappointments, and so many obstacles to overcome—rendered in juicy detail—it’s a wonder they appeared onscreen at all. (Indeed reading these two books you marvel that anything gets to the screen.)

Harris’s discussion of the role of race in American films elicits the book’s most profound historical insights.

But his career over this decade provides a useful prism for understanding the portrayal of race in American films. How could Black people be portrayed in studio films that white audiences would be able to accept? (A theme I explored tangentially in The Great Pretenders.) Scenes and dialogue were tempered, and tampered. Character and situations had to be finessed. Some of these pictures could not be shown on screens in the south, making them financial risks for studios who are notoriously averse to risk.

The studio wanted to shoot In the Heat of the Night on location in a Southern town. Sidney Poitier flatly refused to do it. They used as location, Sparta, Illinois. The film was made on the cheap, and in black-and-white. So cheap that in one scene where a character has to scoot out of the way of an oncoming train, the producers would not pay to have a special train hired for the shot so the actor had to hotfoot across the tracks with a real train oncoming. In the Heat of the Night, to the massive surprise of the 1967 Oscars audience, won Best Picture. Fifty years later is still a fine film. Rod Steiger won Best Actor for his performance, beating out Spencer Tracy in Guess Who’s Coming to Dinner, a sentimental favorite to win. It was Tracy’s last picture; he died after he shot his last scene.

The young inter-racial couple are sexless as clams.

Screen legends, Spencer Tracy and Katherine Hepburn play liberal white parents meeting for the first time their daughter’s Black fiancé, a saintly doctor (Poitier). The young inter-racial couple are sexless as clams. (Compare this setup to 2018’s Get Out!) In its time, however, this was a brave picture. Inter-racial marriage was such an unthinkable scandal that (for context) in 1967 before the Secretary of State Dean Rusk’s daughter married a Black man, Rusk went to President Lyndon Johnson and offered to resign rather than embarrass the administration. (Johnson refused his resignation.) Remember too that 1967 was the year of the Supreme Court decision that struck down miscegenation laws.

Rex Harrison was not wholly to blame for the picture’s colossal critical and financial failure, but he was apparently a first class prick. 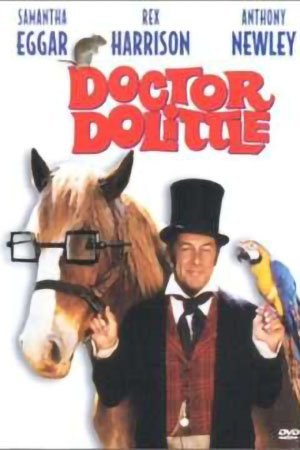 But the truly bloated, Last Stand of the Old Hollywood Regime was Doctor Doolittle. Its nomination for Best Picture was a bone thrown to a film that was a disaster in every way. Mark Harris’s scorn for the star, Rex Harrison, percolates off the pages. Never again will you think of Rex Harrison as charmant, urbane. Harrison’s ego, his temper tantrums, his insistence on being appeased at every turn like a giant, expensive baby, to say nothing of his and his wife’s tsunamic drinking (Mrs. Harrison would often start barking like a dog at restaurants) are given in one jaw-dropping anecdote after another. Rex Harrison was not wholly to blame for the picture’s colossal critical and financial failure. But the reader leaves with the impression that he was a first class prick.

For Dunne writing contemporaneously, Dr. Doolittle is center stage in The Studio, as indeed it was for the studio. Since Dunne reports only what he actually saw, Rex Harrison’s bad behavior gets no comment. But the hype! The hopes! The merch! The music! The edits! The cast changes! The billowing costs ($127 million in 1967!) The bizarre location decisions! The studio executives’ delusions rise to the level of comedy, but the ruination Dr. Doolittle inflicted on 20th century Fox was not funny. It is the stuff of legend.

Most unfunny (for this reader) was the plight of the hundreds of animals collected, trained, transported to the shooting locations (one, an English village where it rains sort of 340 days of the year) and made to perform. The animal “stars” were also trotted out for the various premieres, gussied up in evening clothes and tiaras. While no cruelty is related here, one feels certain that lipstick on a pig was the least of these animals’ travails.

After reading these two books, I revisited these films. All except Dr. Doolittle. That’s the only one I’ve never seen. I’m waiting till November when watching a fictional disaster unfold onscreen may be the only way to endure watching a real disaster unfold. That and tsunamic drinking.