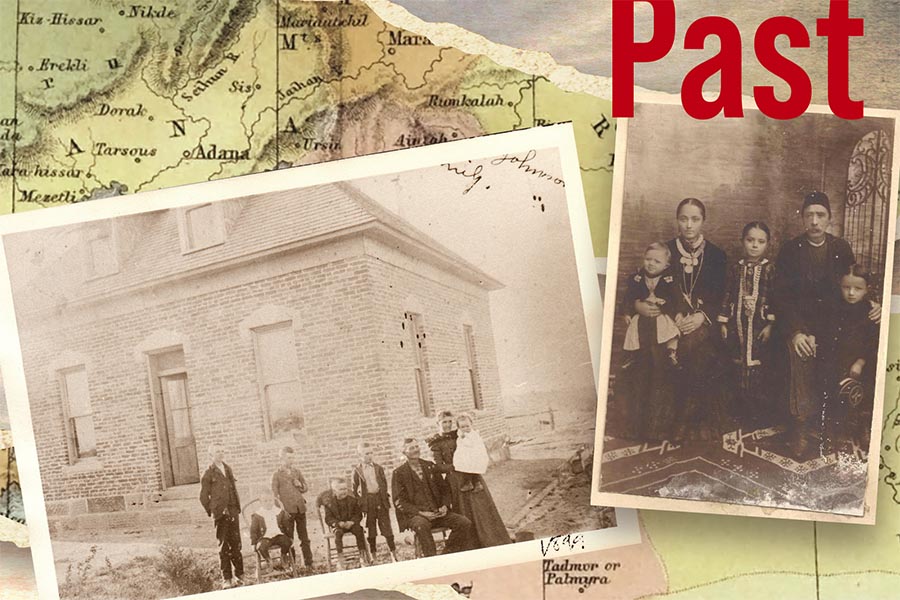 “The past is a foreign country,” L. P. Hartley famously wrote, epigraph to his novel, The Go- Between. “They do things differently there.” The past, as it turns out, is a very messy country, lacking neat borders, beset with swamps and perils; the traveler clings to small chronological landmarks, the date of a wedding, perhaps, a death, a birth.  This messy country is a jumble, most often a jumble of elation, contention, uncertainty, sometimes shock, sometimes boredom, weirdness, and wonder with tracts of happiness, and yes, misery. Anyone who has ever kept a diary knows that writing in the immediate present means that the trivial is larded in with the significant, the poor old diarist not knowing the difference while her pen scoots across the page.  But the writer of memoir? Surely that person knows the difference! The memoir pulls the past into recognizable patterns, does it not? The writer of a memoir—of necessity—imposes narrative order over the unruly past. The writer of a memoir neatly arranges events that might, in the midst of living them, have seemed utterly unconnected, even chaotic.  But that writer, or at least this writer, myself, did not take into account those irritating bits and shards of memory that refuse to conform to narrative needs.

After decades as a fiction writer, as I was writing a book of memoirs, I was astonished, even a little terrified to see that in wrestling my past to the page, it became like the creatures in Where the Wild Things Are. The past bared its terrible fangs, and breathed its terrible breath, and the writer in me recognized that the usual editorial/artistic tactics (write, edit, slice, paste, rewrite, rewrite again and move on) were unequal to this struggle. All this seething stuff must somehow be dealt with. But how?

The voracious nature of memory will not be satisfied with what you will cull for the picketed memoir.  Yes, my book, The Unruly Past (Paint Creek Press, 2021) has memoir essays laid out in tidy chapters. But what about all the roiling undercurrents I evaded while constructing those chapters? All the material I avoided when pruning, tweezing memory into memoir?   All that stuff I sliced off of my pages and out of my paragraphs because it raised more questions than it answered? It might not appear on the page, but it emerges nonetheless, tangled, chaotic, insistent.

I found that people who had not crossed my mind in decades began traipsing through my dreams.  I woke in the night, stumbling on, recognizing strange, even eerie causalities, links in circumstances and with individuals that I only even noticed after I had made memoir out of memory. I was accosted by insistent voices, elusive scents, shafts of sudden light, sounds echoing just beyond the actually audible. I found myself wallowing in great vats of nostalgia for places I had lived and people I had once known. Not that those past places or people were uniformly happy experiences, quite the contrary, but I longed for the tastes and textures of those days. I longed to re-inhabit my younger self, the girl, the young adult who had no notion of the Finite, no notion that decisions she made with cavalier indifference would reverberate through her life for decades.

In writing fiction the pain can be off-loaded, siphoned on to characters who eventually take on a life of their own.

In his 1884 The Art of Fiction Henry James wrote “The novelist is one on whom nothing is lost.” I’ve taken this as mantra for my creative life, author of some seventeen books under my own name. Now, having written memoir, I know why I am a novelist. In writing fiction the pain can be off-loaded, siphoned on to characters who eventually take on a life of their own, and (in effect) give the author the finger while they go on to do whatever they please, quite autonomous, and free of the author, thank you. In memoir, the first person Narrator cannot do that. Whatever the pain, whatever elation, contention, uncertainty, shock, boredom, weirdness, and wonder, that experience will lead the writer—certainly it led this writer—to explore further truths, connections, messy overlays and underpinnings, whether I wanted to or not.  When some random person nipped at my consciousness, when some long ago minor incident wafted across the page, of course I cut it from the memoir. But I found myself creating documents outside my working drafts; I gave these documents cryptic file names, and I spewed into them buckets of unlovely, exploratory prose.

Writing about the past brought me to my narrative knees.

I’ve often likened my process as a fiction writer to that of a solitary oyster rolling around some bit of irritating grit till finally he makes of it a pearl, or in my case, a novel or novella, or story. When I finish a novel, I often write up a “story behind the story,” just for myself, so I won’t forget the spark or germ that brought me to write in the first place. But once the novel is actually published, I do not return to it. Once it’s in print, I might leaf through the pages, even peruse a chapter or two, but I never re-read the whole book. Past novels seem to me like neighborhoods where I once dwelt and had my creative being, but I no longer live there.  I’m always interested in the place, and the people, yes.  I have affection for them, but I’ve moved away. I’ve left that neighborhood, that country.

But the memoir writer is not a solitary oyster. No, the memoir writer—throughout the writing process and indeed, after the book is finished—is beset with memory. Writing memoir I was accosted by the sad, knowing looks of people I once dismissed as dreary or unimportant, the jeers of people who lost patience with me, the sly smiles of people I had so admired who had disappointed me. Writing memoir, I could not clothe these people with new names and histories. I could not pop them into fiction’s kiln and take them out as fully-fledged characters. I was compelled to return to them, again and again, asking questions even if the answer is the hopelessly futile I don’t know I don’t know. Writing about the past brought me to my narrative knees.

To write about one’s own past means to visit that foreign country at one’s own peril. They do things differently there. You had better learn the language and shelter in place because the exit visa you so hoped for might not be easily granted.