Nearly a century apart Sherwood Anderson and Elizabeth Strout created unique modes of storytelling where one character’s deepest heartache or greatest failure is but a footnote in the life of another. 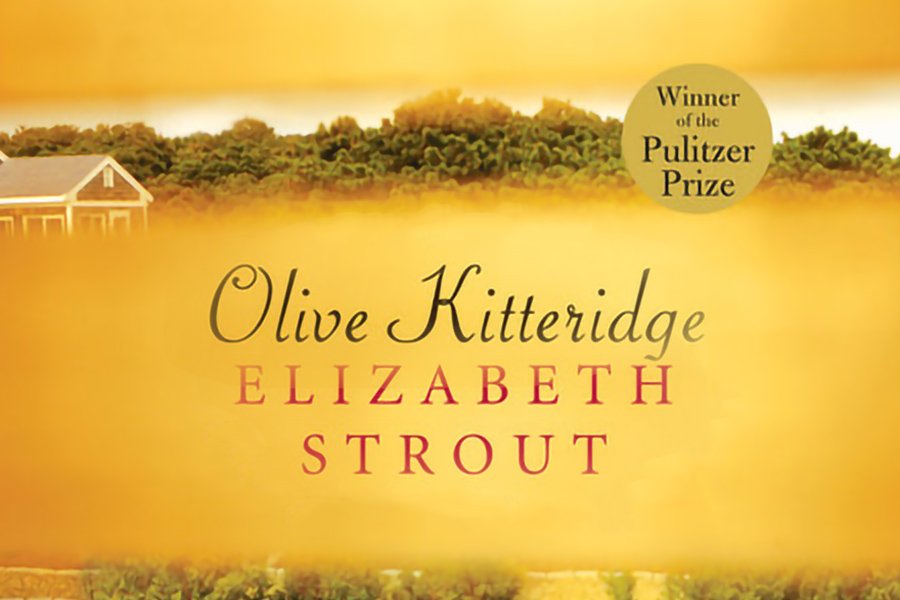 Early on in this pandemic moment (now evolved into a pandemic era) my friend Frances Howard-Snyder, pressed Elizabeth Strout’s Olive Kitteridge, into my hands. Frances, a serious writer, serious Shakespeare aficionado, and professor of philosophy, is a person whose taste I trust, though I was dubious about the book. I had watched the entire the HBO miniseries a few years ago, and despite the fine cast and high production values, it left me unmoved. Olive is a tart curmudgeon to begin with, and the same at the end. No one else stood out with any vivacity.

Particularly with a single character for the title, I assumed that, like the HBO production, the novel would be basically shackled to Olive. I waded into the book, unaware that it was a series of stories. To my surprise, it opened with Olive’s husband, Henry, probes Henry’s heart, his experience, and in the opening chapter, the title character is a but fleeting presence in the background. Henry’s life is rather static, but he has hungers and pathos, and when he dies midway through the book, because we know him so intimately, we feel his loss with a stab to the heart.

This crucially different reaction testifies to the singular power of the novel as an art form.

As the stories move forward–out and away from Olive and Henry–they grow more interesting, and the drama in these ultra-ordinary lives sometimes reaches a screaming peak, as in the story “Winter Concert” which is perhaps the best story I’ve read in recent memory. The dialogue is masterful. “Winter Concert” starts slow (a retirement-age couple leaving a restaurant and going to a, well, winter concert, what could be more ordinary than that?). Strout expertly balances present-scene with back-story as the couple moves through this quiet evening. The pace gathers momentum, though the tone never goes much above a placid monotone. It builds to a conclusion I can only describe as screaming. Not like a horror novel. But the horror of a life suppressed. At the end, you know these people’s lives are changed forever.

Olive Kitteridge, never mind its singular title, meanders. Various minor characters from other chapters emerge into their own stories. These characters have rich, sometimes tortured emotional lives, though outwardly unremarkable. Each of them blossoms slowly, pulling the reader deeply into their fates. Elizabeth Strout’s carefully plotted structure (very different than mere plot) allows readers the same sort of pleasures as getting to know someone over time, seeing them in different contexts.

In fact, the audacious structure of Olive Kitteridge creates a unique reading experience. Olive emerges out of the mists of other people’s lives, and only as the book moves forward does she come into focus on her own.

The stories stay, for the most part, in the “present,” that is Olive is indeed a seventy-two year old retired teacher. We revisit her younger years only sporadically. We never altogether know what lies at the root of her estrangement from her son, her only child, though we know, through recurring “pings,” incidents revisited, that she and Henry were very different sorts of parents. She deeply feels the loss when the son’s first wife hauls him off to California, and then divorces him. He remarries and returns to the east coast, not to Maine, but to New York with a new wife and her small son. If Olive has any chance of mending fences, she must go to him. For me, those New York chapters were the great crescendo of the book. Olive, shaken by a series of uncomprehending what? what? moments, can only barely recognize the deep hurt her son harbors against her, hurt that will never be wholly breached.

I came away from the novel knowing that Olive’s is a lonely life, and will continue to be a lonely life. (Despite the concluding scene). Never mind all the people around her, all the relationships that have accrued, hers has always been a lonely life. And yet, unlike the HBO series, when I put down the book, I admired this flinty widow’s sturdy independence, and I knew her stubborn refusal to look inward was a sort of hard won heroism.

This crucially different reaction to the book (as opposed to the HBO series) testifies to the singular power of the novel as an art form. Film, as a medium, is far more fettered to time, to moving forward in time, and indeed to staying close to a single character. In the HBO miniseries we stick with Olive as a central character, and the story seems to take place over a couple of seasons. But in the book, back and forth in time, Olive flits behind the wallpaper of many other lives. And these many other lives have depths and shoals in the past. On the page the novelist can go anywhere she likes, as long as she can take the reader with her. That’s the sole criteria. Keep the reader with you, and the novel can roam across time in a single paragraph, in a single parentheses for that matter. The novel can invoke, explore, any number of orbiting characters and relationships. The novel can spin up up and away from one set of circumstances and in the next chapter (or paragraph or sentence) plop down in another. Often books that take these dizzying narrative chances demand that readers just succumb to the storytelling, that readers just allow themselves to be seduced and be done with it. The great achievement of this novel, Olive Kitteridge, is that Strout accomplishes all this without showy pyrotechnics, without ever raising the book’s narrative voice above a sort of Jane Austen modulation.

I can’t help but wonder if both Sherwood Anderson and Elizabeth Strout each set out to write a sort of single-stem novel that then blossomed into a full bouquet of characters.

I do not know if Elizabeth Strout took as her model Sherwood Anderson’s long ago Winesburg, Ohio first published in 1919, in which stories, taken together, formed a novel. Sherwood Anderson is mostly forgotten now, but in his era he was a giant of American modernism, and a generous soul, aiding writers who later came to dominate that landscape, among them, Ernest Hemingway. On the strength of my enthusiasm for Olive Kitteridge, I returned to Winesburg, Ohio for the first time since grad school.

The recurring character is a young man, George Willard, a reporter on the Winesburg newspaper who has hopes of being a writer. George Willard himself is not that interesting, and shows up only intermittently in chapters that peer behind the starched curtains of this c. 1900 town. The stories excavate lives that might appear outwardly Sunday Best, but inwardly seethe with sexual hungers, with delusion, with festering rage, or lope along with unknowing incompetence, men and women both.

In chapter one readers find the inference of a schoolmaster pandering to boys. Shockingly for 1919, words like “sex” and “bitch” appear here in print. (Even Hemingway, the tough guy, didn’t put the actual words on the printed page.). There’s a good deal of fornication. Winesburg, Ohio suggests that sex in the tidy confines of the marital bedroom is staid, wooden, and unrewarding except for procreation, that sex in the forests or the fields can be an experience to savor for years. For perspective as to just how shocking the book was upon publication (and it was) remember that the town of Winesburg is portrayed in the same era as Anne of Green Gables and think, if you will, of all that going on in charming Avonlea!

I can’t help but wonder if, for both Sherwood Anderson and Elizabeth Strout, if they set out to write a sort of single-stem novel that then blossomed into a full bouquet of characters. That in the writing minor characters perhaps cried out…..Over here! Look at me! Listen to me! Hey, look here! As a novelist this has certainly happened to me. More than once. In my 1999 novel, Steps and Exes, a side paragraph about the origins of an island B&B introduced me to Sophia Westervelt. She became so noisy, so insistent and demanding that I had to cut her out of Steps and Exes altogether, though I could only do so by promising that I would give Sophia her own book. Which I did, Educating Waverley, 2002. (Of those two novels, the latter is by far my favorite.)

Nearly a century apart Sherwood Anderson and Elizabeth Strout responded to these character-cries (if that’s what happened) by creating a new kind of book, unique storytelling in which one character’s deepest heartache or greatest failing is but a footnote in the life of another. What lingers with me is the oblique approach to character, to developing character out of bits of shared experience opening up into a broad vista of narrow lives.