The phone kept pinging in the night, text after text, for the most part, as I glanced at them, numbers without names. I tried to sleep through them. I tried to sleep at all. I didn’t want to wake up to a world where Donald Trump would be the President of the United States. 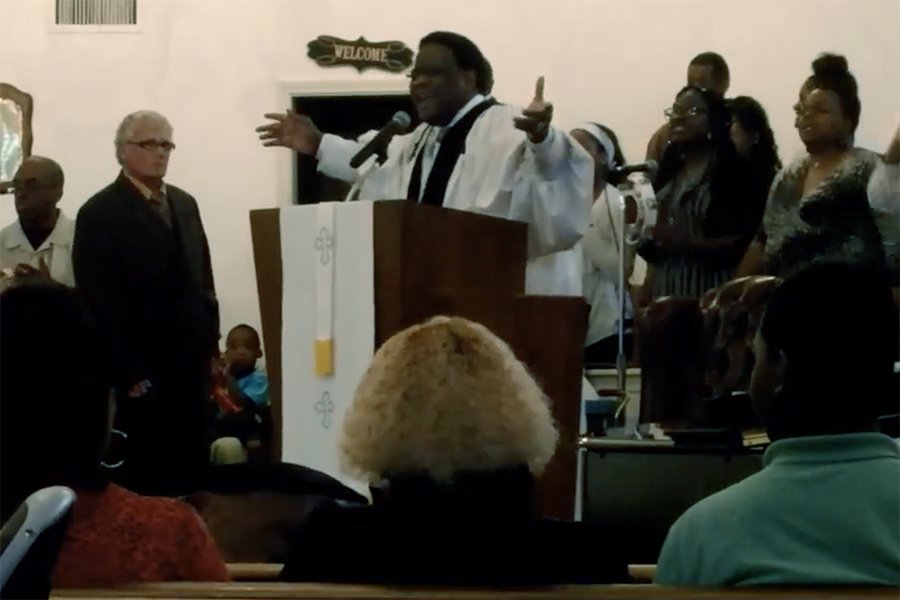 The phone kept pinging in the night, text after text, for the most part, as I glanced at them, numbers without names. I tried to sleep through them. I tried to sleep at all. I didn’t want to wake up to a world where Donald Trump would be the President of the United States.

When I recognized the primary text coming from a dear friend: We need to gather, she wrote as shock and horror rippled through our collective cohort of writers, artists, teachers, therapists, booksellers and assorted others. My house, I texted back to everyone whether I knew them or not. Come to my house.

Getting ready for everyone to arrive that morning, looking out the kitchen window, I was astonished to see children going to the nearby elementary school, as if this were just another Wednesday. How could they? The world had clearly changed in some hideous way. I kept trying to imagine Hillary and Bill and Chelsea sitting across from one another this morning, stupefied as the rest of us, more so. We had been anticipating this moment, the first woman president, since Barack Obama was elected to a second term. Now! Now! Now would be our moment! Now we would have a woman president…..Now….Hilary Clinton, a Secretary of State had lost to a dumpster? (No notion then that she had lost to a lot of Russian bots, Vladimir lickspittles and assorted slimeballs.)

People straggled into my kitchen starting around ten. Everyone brought something to eat, brought wine. I made a pot of soup and cornbread. We began drinking early. What else was there to do? We moaned and bemoaned. Tears were useless. So were questions, but we asked questions nonetheless. We wrung our hands and raised our voices, bewailing the many disgusting dumpster moments. (Access Hollywood tapes? “Russia, if you’re listening…” Hovering behind Hilary like Grim Death on the debate stage, nasty women, rallying, hate, anti-Mexican, anti-Muslim, anti-NATO…) Sometimes we didn’t talk, we just regarded one another like zombies from The Walking Dead. Some stayed for hours. Some came late. All day long my local friends drifted in and out of my kitchen, well past the early dusk.

That very night I joined the ACLU and the NAACP. I bought the online subscription to the New York Times and the Washington Post. (Had previously only read the free stuff). I hoped, even if I didn’t altogether believe that surely this was a terrible error, and even if it wasn’t, then surely the dumpster was so ostentatiously corrupt that we could be rid of him in a year or so. Right?

And yet. Here we are, three years out from that day that we needed to gather, and the dumpster is still in power, still throttling the American public and the world with one ghastly shock after another, and only now, at last, three years into this nightmare, is he facing impeachment. Public hearings start Wednesday. Good. I long to see him, as the old Nixonian phrase has it, “twist in the wind.”

However, We Need to Gather, that simple text my friend sent out, became a rallying cry not just for the group of us here, but everywhere! January, 2017, the Women’s March! The outcry against the Muslim ban, the coalition broadly known as Indivisibles, the onslaught of people who protested in the capitol when they threatened to strip Obamacare from millions. We need to gather! This terrible emergency brought us together.

November 9th, 2016, I, for one, believed, hoped that the press and the courts could save us. The dumpster quickly began the process of eviscerating the courts, placing far-right judges in lifetime positions (and thus endearing himself to all those good conservatives with their good conservative values…..). He has railed at the press, threatened them, called them liars and smeared them with epithets from his limited vocabulary. But the press has endured, and gone on to truth-tell. The courts may wobble for another generation, but right now judges are (so far) not collapsing in front of corruption even if the Justice Department itself has collapsed.

But after three years, who still has the heart or strength or emotional wherewithal anymore to gather? Some of my friends have just bowed out of the news. They can’t take it. I don’t blame them. I can’t take it, but somehow I sit in front of Rachel Maddow every night and hope against hope she’ll give me some little glimmer of….

Every morning I still hate to wake up in a universe where that dumpster is the President of the United States.

Every morning I remember the Reverend Al Green.

On a visit to Memphis visit some years ago my friends took me to the Reverend Al Green’s church. This was one of the great religious experiences of my life, right up there with the Basilica of San Marco in Venice, or Notre-Dame in Paris, though Reverend Al’s was a modest church, the building undistinguished. Inside, though, the solemnity and civility, cordiality among people—those who knew each, and those who didn’t, black and white—was spiced with a sense of anticipation. (Musicians traveling through Memphis were known to forswear their hangovers, crawl out of bed and show up to play at Al Green’s church. Sure enough, you could have come just to hear the sax man.) The service, like a rock concert, had a couple of warm-up acts, preachers who had some of the congregation in the aisles, and the plate got passed again and again and everyone, moved by the spirit, was parting with their money just as fast as they could.

But when the Reverend Al got up there, he let all that electricity die down, ebb. He started out slow. Telling stories that at first seemed unconnected, anecdotes really, of sadness, loss, misery and vexation of every sort, all of the stories punctuated at the end with the phrase, I’m still here, Lord! Yes, no matter the woe, the sufferer could stand up and say, I’m still here, Lord! And before long everyone in the church (which by now was filled to capacity) was ringing, their voices in concert with Al Green’s, I’m still here, Lord! To the point where I was weeping, and I was not alone.

I think of the Reverend Al and that church when the world around me has often felt so tattered and hopeless, so frigging grim and sunk in the depraved swamps of dumpster and his minions, that my spirit sinks. I remind myself, I’m still here. We’re still here. The ACLU is still here! And the NAACP is still here! The press is still here! We have all lived through these past three years, and we’re still here, and there’s an election just one more year away.

This time, in the words of a famous rock anthem, we won’t be fooled again.  We’re going to get it right, to do it right, and on November 4th, 2020 when we need to gather, this time it will be to rejoice. Or, god help us.