Memoir in a Jar 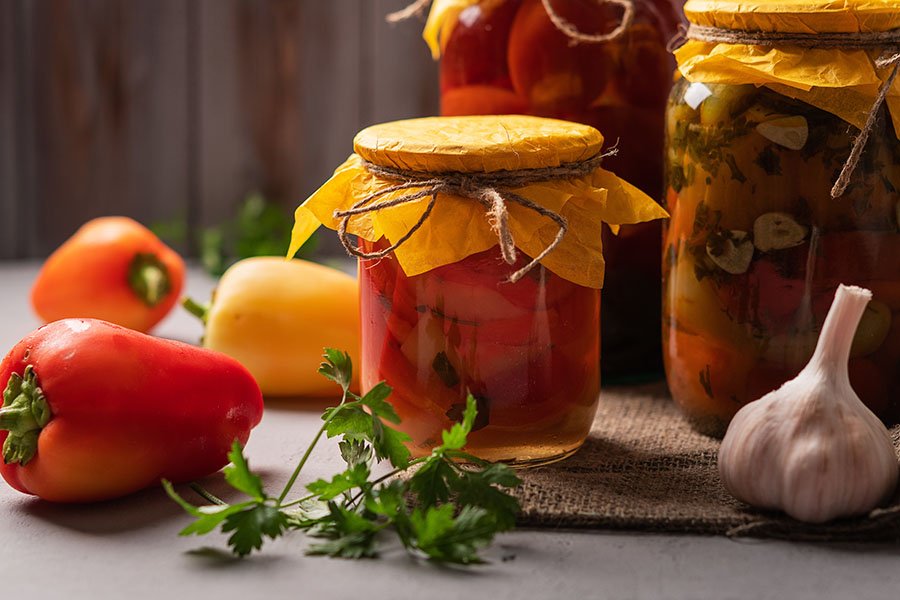 I opened the back door and walked into a house that was cold, dark, empty, and worst of all, silent. I had just returned from taking my youngest son to university 1300 miles away where he joined his brother. The day your child leaves home  is every bit as momentous as the day he enters it—except that with a new baby, your energies are absorbed for the next eighteen years. Now, I had no such focus. No focus outside of my work. What to do with all that energy?

Other parents I knew, friends  confronted with empty nests, responded in various ways. Some got divorced. (Been there, done that.) Some started traveling. (Two sons in college, no chance of that.)  Kitchen remodel? (No way.) Get a dog?  (Not with my antique rugs.) I  heard anecdotes of Empty Nesters who bought sports cars, took up salsa dancing, yoga, Zumba, weaving, community theatre.  And then there are the inspiring tales of people who founded non-profits, tutored at-risk kids, volunteered at the Food Bank, boldly joined the Peace Corps in their fifties. Fine, laudable adventurous undertakings, but not for me. No, I started on what became an orgy of canning and pickling. While my peers were looking to the future,  I was looking to the past.

…it could be truly said that  I would pickle anything that couldn’t outrun me.

Was it some hereditary gene kicking in? Some DNA gift of my father’s Mormon ancestors, women who were famous for “putting things up,” or “putting by.” Or was it, more likely, the slow, unwelcome recognition, the fear that amid life’s dynamics, perhaps nothing can be preserved? The days of my sons’ childhood—days that had seemed endless, both timeless and seasonal—those were gone; they could be recalled but not replicated. I wanted nothing less than to preserve time.

Although I had never made anything more demanding than freezer jam, I rigged up the stock pot for processing Mason jars. At garage sales, with the competitive sisterhood of canning mavens, I rummaged through boxes seeking cheap Mason jars. I bought a recipe book, but  my  ambitions swiftly expanded, and for a time it could be truly said that  I would pickle anything that couldn’t outrun me. I was buying cider vinegar in two gallon jugs and going through boxes of pickling salt, packages of lids and jars at an alarming rate. No longer content with the old stock pot, I invested in a huge processing pan with a lift-out insert. I bought more books, about food preservation in medieval times, the 16th and 17th centuries, 19th century manuals. I propped them open so often that spines on these books cracked, and the pages got splashed, dog-eared, and filled with sticky-notes, scribbled dates and outcomes.

I made up a recipe, Summer in a Jar, fresh tomatoes, newly-cut mint, garlic and peppers.   Month after month, season after season, the jars lined up on the kitchen shelves, each with the contents noted and the date. Some I gave away, collecting applause from friends. Some I used myself. Many just stayed, collected on the cupboard shelves, little labeled  triumphs against time, against erosion, against the ebbing of memory. In all this furious activity, I had one goal: when that jar got opened I wanted to taste the sunshine, the season. I wanted to savor the dew still on the just-picked green beans, the spicy freshness of the tomato, the promise of ripe peaches.

In my passion for preservation I developed new respect, new insight into my Mormon ancestors, indeed for all those people in the past who endured cold winters with limited light and fuel. Failure  to preserve their harvests could cost them their lives. And the herculean effort needed! The 17th century recipe to “Paper Your Plums” read like epic poetry, Beowulf, maybe. I tried my best to follow it, imagining lovely little sugary confections, but my plums withered, wizened.  Enchanted with a medieval recipe to “lay down rose petals in salt,” I followed those procedures, but moisture clumped up the salt, and within days the petals had visibly dissolved.

Undaunted by these failures, I bought great lugs of tomatoes, made marinara sauce and canned it all.  At a summer party a friend gave me an armful of bright yellow plums; I left immediately, and raced home to preserve them as chutney while their juices still popped sticky on their skins.  I bought twenty pounds of peaches, put them up with allspice, cloves and cinnamon sticks, delighted with their bronzy glow. Autumns  I made corn relish and put up cranberry sauce and brandied apples.  I became the Ant in the story of  Grasshopper and the Ant,  the embodiment of industrious preservation (as opposed to the heedless revelry of the Grasshopper).  Oh, I was just full of industrious preservation, working against time to pickle, preserve, cap and process the present.

At the same time I  also put my energies into writing a long novel, American Cookery. This book used recipes as a central metaphor uniting women’s lives and experience over several generations, and across the immigrant experience.  By the time I recognized that the story was too big and unwieldy for one novel, I was contractually obliged, and personally committed. The final manuscript was turned in two years late and two hundred pages longer than the editor wanted. It was published with tiny print. Though my passion for preserving did not outlive the novel, the recipe for Summer in a Jar is on page 158.

Some years later, (both sons had graduated from college, and one had got married; the book had been published and paperbacked) in a moment of critical evaluation, I opened that cupboard. I stared at the jars all lined up.  One by one I opened them and nibbled on the contents.

To preserve  suggests fixity, but at the cost of exuberance.

Summer in a Jar did not taste like summer, though the tomatoes remained plump. The pickled roasted peppers retained their bright color and texture, but only the taste of vinegar remained. Ditto the cranberry relish, and the color was a sad mauve. The green beans were rubbery, and their color dull. The marinara had lost its piquancy. Of the jars of peaches, only the stick cinnamon, the clove and the hard nub of allspice remained; the essence of peach had fled, the fruit gone mushy.  The strawberry chutney, always an experiment, had turned to a sickly ooze.  In some of the chutneys only the raisins retained their shape and presence in what was otherwise sludge. The yellow plum chutney (for which I had fled the summer party) had turned to a molasses-black color and the fruit dissolved, though  the hot peppers still bit back. Which brings me back to the Grasshopper and the Ant, the heedless reveler and the industrious preserver. To preserve  suggests fixity, but at the cost of exuberance. Into the trash, one after the other went the contents of these jars.

Though nothing I preserved had outright rotted, all had assuredly changed. Elements that had once been co-equal and co-operative (the fruit, the spices, the vinegar) had altered their relationships. Which is exactly what happens to the past over time. I should have regarded those jars as chapters in a memoir. Like writing memoir, I had attempted, in a self-conscious process, to preserve, to render into remembrance what was finite, fleeting.  In any life, in any family, even the most memorable days slide under the waters and are washed out to a vast sea in which they are undifferentiated, difficult, impossible to recall individually. Some incidents get shaped into anecdotes, a preserving process which in itself fashions, edits, tidies the contents, brings order to the past before capping it into a story to be told later.

Using my surplus energies to try to put Summer in a Jar was a fine, but futile undertaking. Can one balance the cyclic and repeatable in one’s life, with the linear and finite? Summer will always come again, but any particular summer?  That summer has fled, and in trying to preserve, I failed to revel, and that was my loss.

Summer in a Jar

Toss your tomatoes briefly in boiling water, fetch them out with a slotted spoon in a few minutes when the skin starts to split. Place in a bowl to catch juices. ( You can make a nice salad of these peeled tomatoes too while you’re at it. When they’re cool, slip them out of their skins and into a salad bowl. Dress with bit of oil, vinegar and some freshly cut mint and parsley. Set aside till suppertime.)

To pickle your tomatoes, use small jars, ½ pint. Into each sterilized jar, place one clove of peeled garlic, some pepper corns, one or two red dried chili peppers. Then put in your tomatoes, pressing down.

Heat equal parts red wine vinegar, and water, l tsp pickling salt and a bit of sugar. Bring to a boil so that sugar and salt are dissolved. Pour over tomatoes, leaving about a quarter inch headroom. In each jar, slide a sprig rosemary or thyme. Important to use herbs that have some stems and rigor to them. Otherwise they wilt and don’t’ look good in the jars.

Cap with hot two piece caps and process ten minutes in boiling water, as per canning instructions. Remove carefully from hot water bath. Place the jars on a towel and leave until completely cool. Test the center of the lid. If there is no “give,” your seal is fine and you can unscrew the ring. Keep in a cool dark place for at least three weeks before using. Best opened in January when the savor of summer can be yours all over again. Preserved thus, they will keep for years.