Memoir classes are especially poignant: the nature of the genre requires trust. 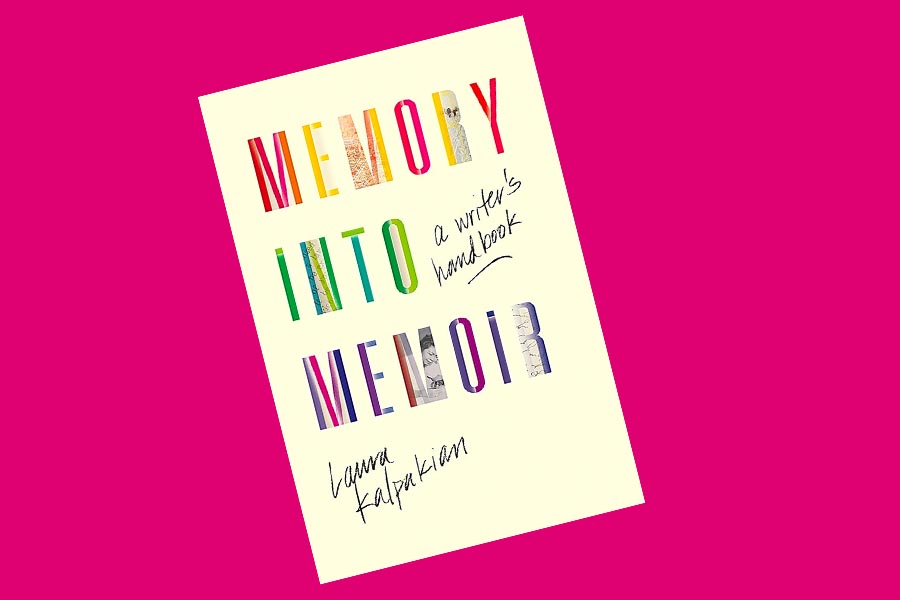 Memoir classes are especially poignant: the nature of the genre requires trust.

I have always been wrong about the amount of time I think any given book will take to write.  I was wrong again about Memory into Memoir: a Handbook for Writers, just published by the University of New Mexico Press. When I put together the proposal in September of 2019, I confidently laid out the book using materials I have created and refined over decades of teaching a course called Memory into Memoir. I loved teaching this class, and I thought I would simply go through my teaching files, and put these materials in order to turn them into text. The work, I thought, would take six months. Tops.

University of New Mexico Press offered a contract based on that proposal. But as soon as I began to write, I realized I could not simply translate a class into a text.  A class is a living, vital organism, and every person in that class—the quiet and the ebullient alike—contributes to the vat (you might say) that becomes the experience. Some classes have a particularly happy chemistry that has almost nothing to do with the instructor. Some do not. No two classes are alike. Memoir classes are especially poignant, much more so than fiction, because of the nature of the genre which involves, indeed which requires trust.  Interactions in a memoir class are allied to—but not dependent on—the curriculum.

Each memoir class, that first night I always said to the students: “Look around at the people in this room. By the end of this three term class, some of the people here will be not just your fellow writers, but your dear friends. Some of you will see each other through crises; you will share your joys and support each other through sorrow. And why is that? Because you are here sharing your past.  As much of the past as you care to share. Or as little. But you would not be here if you were not compelled, for whatever reason, to pin the past to the page.”

In these three hour, once-a-week classes I took care to foster connection and camaraderie beyond the reading and writing and creating. We always took a twenty minute break midway. That first night I always brought in snacks, and in the following weeks, people took turns bringing in snacks. Often these were simple Oreos or potato chips, but as the weeks passed, people sometimes contributed food that had been mentioned in their memoir, and so we got a taste of what that person had known. A writer who had family in the wilds of upstate Vermont shared fiddle leaf ferns that his nephew foraged and express mailed to him; he steamed them and brought them to class, a unique experience. One of my UW students was a sous chef at a posh Seattle restaurant. One of my students was a professional baker with her own booth at the Farmers’ Market.  During these short breaks, people fanned out, talked, connected with one another, learned about each other in the present as well as in their pasts.

I wrote during that long Covid Aloneness, imagining phantom readers as if we were all in class together.

When I went to actually write the book created from my curriculum, I realized, suddenly, I would have to take an entirely new tactic. To put my material on the page in a way that was fresh and invitational, that would encourage readers though I lacked the interactions possible in the classroom. I needed to create a narrative and a narrative voice that was instructional, yes, but intimate at the same time, invitational. To say, in effect, Come with me. The book needed to be as much about the writer’s relationship to the past as to the writing itself.

Moreover, I wrote Memory Into Memoir during Covid, that great swath of time in which the pleasures of others’ company, of sharing laughter, experience, Oreos, was denied to all of us. For me, that long Aloneness was ameliorated by writing Memory Into Memoir, by imagining my phantom readers as if we were all in class together. As if, sans Oreos, I could still offer them a way to connect with their pasts, and, for that matter, to connect with me. I wanted the book to be unique in that regard.

I learned to infuse my own voice into the narrator’s voice on the page. The “I” here is in fact, moi.

University of New Mexico Press, like other university presses has a peer review process that commercial publishers do not follow. Once the manuscript has been turned in, the press sends it out to various other writers in the field to get their take on the merits, the viability of the book. These people reply with their thoughts and suggestions.   One peer reviewer returned my book to the editor with something of dyspeptic harumph, words to the effect of this was not a real manual for writers; this was something else, though what that something else was…she could not exactly say.

Well, I am the author. So it is up to me to say, isn’t it? I added a Preface to clarify, to assure readers that yes, in fact this is not an Ikea How To manual. It doesn’t intend to be.  Memory Into Memoir is an invitation to re-imagine the past in writing. To rethink, revisit memory in prose. To explore the process of placing narrative form over the unruly past. Putting what I know of writing about the past, putting all that into manuscript, meant giving it voice that can be actually heard on the page In doing so, I shared something of my own various pasts with readers, including bits and pieces of my other books and stories. I also shared something of my mother’s experience in writing her memoir. (Which she saw into print at the age of ninety-seven; Memory Into Memoir is dedicated to her.) The new preface closes inviting the reader to pick up the pen and to think of that pen as an oar as they paddle toward the past.

During the long Covid year in which I wrote this book and its companion volume, The Unruly Past: Memoirs (Paint Creek Press 2021) and though I am the author of many novels, I learned a lot about approaches to the past. Eye-opening.  And I learned how to infuse my own voice into the narrator’s voice on the page. The “I” here is in fact, moi.

Early this summer many of the Covid restrictions lifted, and people began to gather anew. But now, September, when the author’s copies of Memory Into Memoir arrived here to be unboxed, I could only invite a few friends to my house to celebrate outside. The picture below conveys some of that festivity. And yes, the people in this picture are all writers I have met through my memoir classes, people with whom I have shared crises, joys and sorrows, laughter and pain over the years. Entirely fitting that they should be the present to open the box of the first copies of a book I hope will go into the world and connect more people in the present with their pasts.