When I first read Jane Eyre, perhaps at age twelve or thirteen, I was intolerable for months. Southern California was very short on wild moors, and I longed for them. 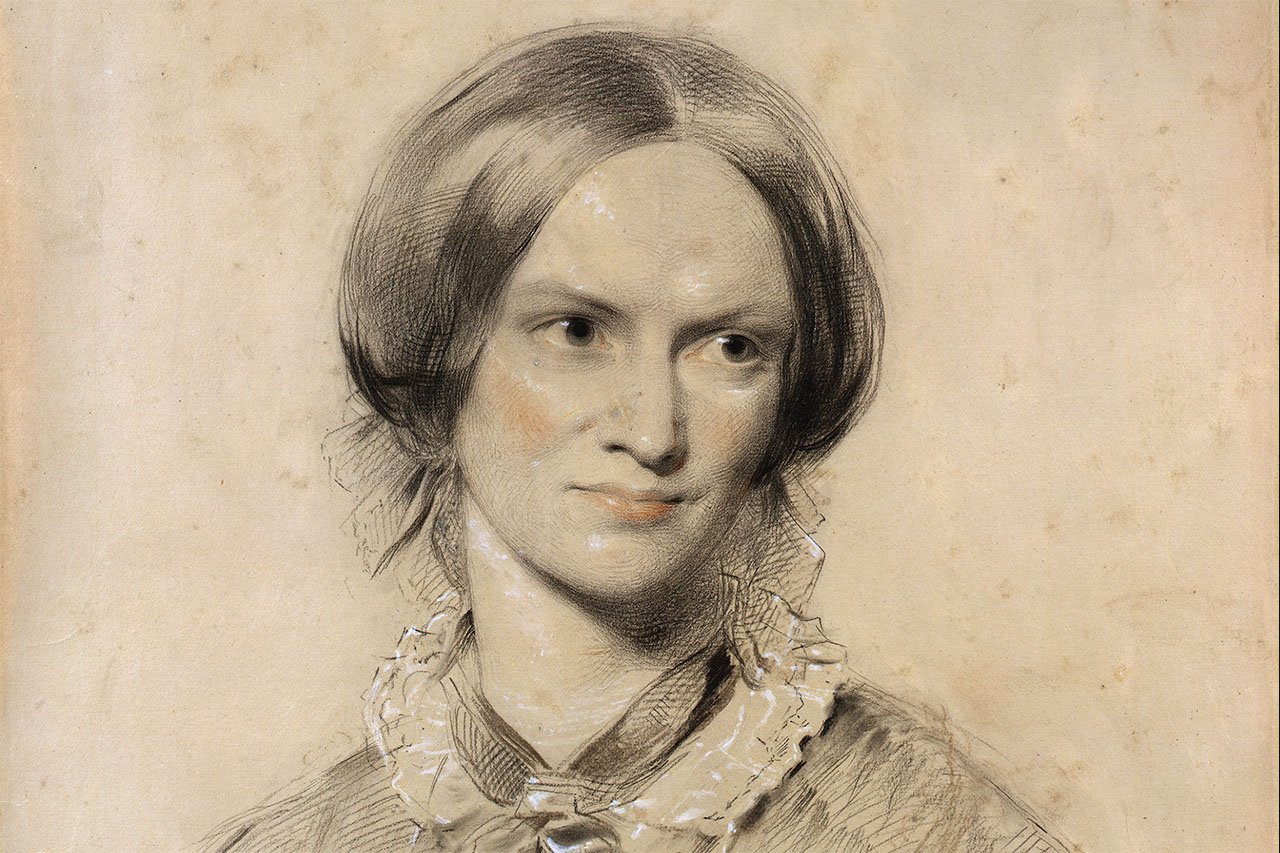 When I first read Jane Eyre, perhaps at age twelve or thirteen, I was intolerable for months. Southern California was very short on wild moors, and I longed for them. A little breathlessly I imagined a great love for a difficult man worthy of my affections. So captivated was I that  I pined for the 19th century in general.

I have returned to Jane Eyre  many times, and certainly it is one of those books that in re-reading, one gauges one’s own progress through the world, the havoc or wisdom (or both) that experience wreaks upon the individual. For myself, as often as I have read it, my admiration for Jane’s bravery—her agency, to use the current phrase— remains undimmed.  I have the same undiminished admiration for Charlotte Bronte’s courage, her pluck (to use the 19th century word) her sheer, bull-headed insistence on seeing this novel and her other books into a world that would prefer that she and women like her fade into the wainscoting of homes they did not own.

I no longer pine for the moors. Visiting the Bronte parsonage on a summer day some years ago quickly disabused me of cheerful notions of 19th century life. The chillblains in the house were palpable, and I shudder to think of the drains and the water supply so close to that sad graveyard. I no longer see as quaint the 19th century where women like Charlotte Bronte and her sisters, Emily and Anne, if they did not marry,  could only aspire to the role of governesses, that is to say, live at the mercy of grim employers, thankless brats, poor pay, and if they grew old, to live impoverished and without resources.   Charlotte, Emily and Anne chafed at these assumptions, restrictions, expectations. They wrote their way out of them. In these novels, there is a strong, one might even say a savage undercurrent of dissatisfaction.

“I may be poor and plain…..” Jane declares. Nonetheless she insists on her independence and her own self-worth. Once made aware of the existence of the madwoman, Bertha Rochester (and on her wedding day, no less!) Jane will not consent to be Rochester’s mistress though she loves him.  An unhallowed union like that is unthinkable to her. For very different reasons it is also unthinkable that she should marry the clergyman, St. John Rivers, though he saved her life. Even reading the book at age thirteen, I was glad that Jane did not succumb to his pious blandishments. For all his Christian principles, there is something truly creepy about Reverend Rivers.  When, as it turns out, Jane comes into money, her core self is unchanged by the windfall. And that too testifies to her sense of self-worth. In short, neither the brutal adversarial conditions of her aunt’s house, of Lowood School, of near-death upon the moors, nor a surfeit of good fortune could erode her essential integrity. That’s what makes her a heroine.

To see oneself as the heroine of one’s own life is an occupational hazard of bookish girls. At one point, in my twenties, my mother reminded me pointedly I was not, actually, a heroine in a novel. At one point in my thirties, she told me, I was a heroine and I should continue to insist on my own self-worth, no matter what.

I know now that one cannot be a heroine without facing challenges. That’s how heroism is created, or excavated, or however it unfolds in any particular life. The  heroine doesn’t have to go to the brutal Lowood School, or be mistreated by nasty relatives. For bookish girls Jane Eyre, the heroine provides a sort of guide through the thicket of experience, like loving a difficult man worthy of one’s affections.  I can still thrill to the lines, Reader, I married him, but that thrill is tempered with pity that Jane should have the lifelong care and feeding of a wreck of a man who, even with his sight partially restored would doubtless remain difficult and never mellow.

To see oneself as the heroine of one’s own life is an occupational hazard of bookish girls.

For bookish girls who grow up to be writers, Jane Eyre offers a more vivid beacon. As an aspiring writer, I took heart from Charlotte Bronte’s struggles. Each time her first novel, The Professor, was rejected, Charlotte Bronte, then calling herself Currer Bell, would simply ink out the name of the rejecting publisher and send it on to someone else without ever changing the parcel-paper.  Thus, each new prospective publisher could see the book had been turned down many times. I often thought of this when (back in the day) a manuscript would be returned to me with a coffee stain or a blot of mustard. Well, I thought, at least they read it. Or some of it.

For Charlotte, the editor at Smith and Elder declined  The Professor, but he returned the manuscript “so courteously, so considerately” that Currer Bell wrote a note thanking him, and saying that another novel was now almost finished and would he like to read that? That second novel—which in fact, he could not put down from the first time he held the manuscript in his hands—was Jane Eyre. I reminded myself of this anecdote many times in the seven years (and many drafts) between the publication of my first novel, and my second. And indeed, since then.

Famously Jean Rhys took heart (and took issue) with Jane Eyre both the book and the heroine, in her famous  Wide Sargasso Sea, an origin story for the mad Bertha Rochester. (Such an ugly name!). Bertha appears as the lovely, flawed Antoinette in her Caribbean island element before her marriage to Rochester.  I first picked up Wide Sargasso Sea in a used bookstore, enchanted by the title, no idea at all that it was linked to  Jane Eyre. As the hints accelerate (without the names for clues) the reader keeps feeling that she knows the story, but only at the end, did it come on me that Antoinette became Bertha. One of the most intense literary shocks of my whole random reading career!

Sandra Gilbert and Susan Gubar also took heart and took issue with Jane Eyre in their famous tome, The Madwoman in the Attic, 1979 a work of feminist lit crit that lit up (not to say blazed through) the ranks of women readers and writers when it was first published—which also happened to be the era that I was starting out as a writer. Gilbert and Gubar seemed to say, “Let us slay The Angel in the House! Let’s wield our pens like swords! Perish that noble, self-abnegating paragon of domesticity that we’ve been culturally attuned to aspire to.”

About this same time Virago Press, unleashed a whole slew of books by lesser known, even unknown women writers, and the banging in the literary attic reached a kind of crescendo. We’re up here! We’ve always been up here! We were always making noise and making waves and no doubt making enemies! How could we not? How exciting it was to come upon all those 19th century women writers like Charlotte and Emily and Anne Bronte, like Elizabeth Gaskell, like Mary Braddon and Mrs. Oliphant and others whose careers were desperate, brave, tragic and anything but prim. Across the chasm of decades they shouted to us literary women:  You want to be a writer? You need to be brave. You want to be a woman writer? Get ready for a struggle. You want to be a writer and a mother? Strap on your armor along with your diaper bag. Be ready to be ruthless about your time. Be ready to make sacrifices and compromises you cannot even imagine. To make mistakes. To be fierce on behalf of your work, your aspirations, your kids. You will get tired. You will get discouraged. You will get pissed off.

All true. How right they were.

Charlotte Bronte married the curate in her father’s parish in 1854, and died with her unborn child in March 1855, at thirty-eight years old. Her husband did not die until 1906. She outlived all of her siblings. Her old father outlived her by years. In 1857 her friend, the novelist Elizabeth Gaskell published a biography of her, an intimate biography by 19th century standards. The Life of Charlotte Bronte is a wonderful book, and a good introduction, but it can only barely suggest the ink-stained energy, the onslaught of words and ambition and exhortation and disappointment, and loss, the fears, the deaths and heartbreak that cascaded through the life of Charlotte Bronte.

The Professor, that first novel, she so furiously sent out time and again to an unheeding world? That was published posthumously.