I never tire of watching High Noon. Unlike most films from the 1950's, it seems to me clean, sleek. The tensions are perfectly paced, the music (and the classic song Do Not Forsake Me Oh My Darlin’) lope along until they too escalate with the action. The intricate relationships of the characters play across the screen with understated grace and intensity. 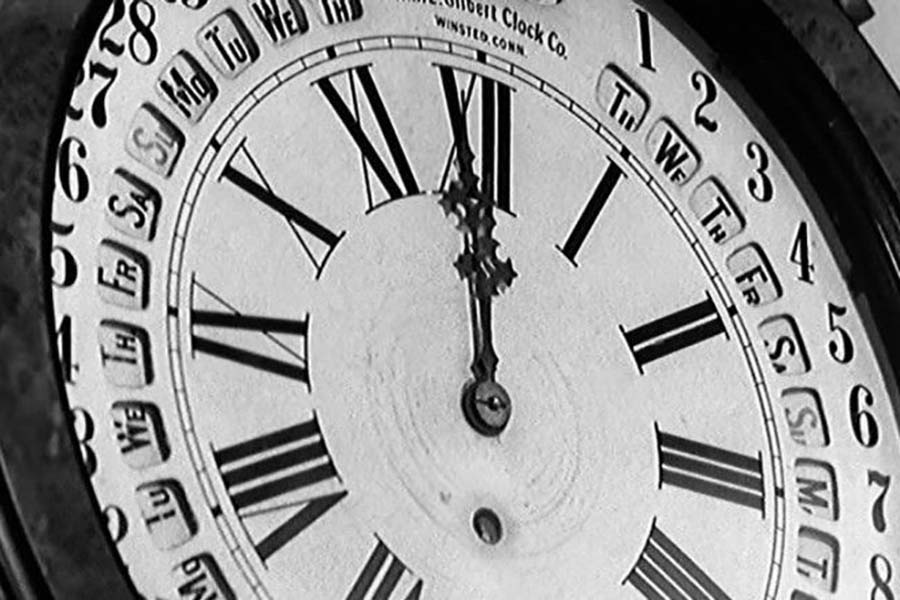 While High Noon was in production, no one associated with it would have dreamed that it would be nominated for seven Oscars, that it would win four, that it would rank as one of the best westerns of all time. The studio originally treated it as a throwaway, a black-and-white oater.  Not until it was completed, and all the pieces in place, direction, dialogue, acting, cinematography, music, editing, and other myriad elements (film is a collective enterprise) did its greatness slowly dawn on its creators and the studio. That achievement still shimmers on the screen nearly seventy years later.

The film was made in 1950,  released, 1951 at the height of the blacklist era, and the story echoes its moment. The starring role, Sheriff Will Kane was originally offered to John Wayne who, as a noisy supporter of the blacklist, and a founder of the Motion Picture Alliance for American Ideals, immediately saw the parallels implicit in the story, and declined. (Ironically Wayne accepted Gary Cooper’s Oscar for Best Actor on his behalf; Cooper was filming in Europe.)

High Noon has the distinction of a movie told in real time. The clock on the wall of Sheriff Kane’s office says 11:00. Sheriff Kane is getting married in church. Frank Miller’s gang awaits the noon train at the station. News that the train is bringing the vicious, vengeful Frank Miller, just released from prison, terrifies Hadleyville. (The name is significant; remember Mark Twain’s novella, The Man that Corrupted Hadleyville.)  Ninety minutes later, the film ends.

In the beginning the townspeople vow to stand with the sheriff to fight Frank Miller. One by one they slink away, sheep-like, blubbering support, but scurrying afar. They leave Will Kane isolated and alone, facing Frank Miller and his whole brutal gang who are determined to see him dead. The story finally coalesces around four central characters: the madam, sultry Mexican actress, Katy Jurado, the wife, Grace Kelly, the weasely deputy, Lloyd Bridges, the sheriff, Gary Cooper. The Miller gang are mostly undifferentiated except for Lee Van Cleef (his first role) who manages to terrify without a single line of dialogue.

Glen Frankel’s fine book, High Noon: the Hollywood Blacklist and the Making of an American Classic (Bloomsbury, 2017) explores the entire blacklist era through the prism of this one fine film. Not only was the film a parable of the blacklist, it was itself a casualty.  In the midst of filming the writer Carl Foreman was called before HUAC. He declined to name any of his previous comrades in the Communist Party.   Officially declared an uncooperative witness, and blacklisted, Foreman had a tremendous falling out with the film’s producer Stanley Kramer. The intricacies of their fight are still not altogether clear, but the two men, once good friends and long- time business partners never spoke again.

Before the film was finished, Carl Foreman had to flee the US for England where he lived and worked for many years. Indeed, one of the films he worked on there was David Lean’s 1957 Bridge on the River Kwai which won the Oscar for best adapted screenplay. The Oscar went to Pierre Boulle, author of the novel, who did not even speak English. Foreman’s name was nowhere in the credits. Not until 1984 was his credit restored, as well as the credit of another blacklisted writer, Michael Wilson. Wilson was already dead and Foreman died the following day.  Carl Foreman’s story of exile, broken friendships, broken contracts, a busted marriage, belated recognition seems to me emblematic of the ravages the blacklist wrought on talented men and women.

I found High Noon: the Hollywood Blacklist and the Making of an American Classic unputdownable.  Frankel makes clear that Gary Cooper, though a staunch conservative, conducted himself throughout this bleak era with the kind of integrity that Will Kane demonstrates in High Noon. Cooper had been in films since the 1920’s, and the lines that thirty years had etched on his face are part of the power of Will Kane’s character. (That graven face, however, makes me wonder why lovely, youthful Grace Kelly would be marrying scarred Will Kane, but I digress.)

At the end High Noon shows us that even though the crisis passes, nothing can ever be the same. After ninety minutes Hadleyville knows itself to be a town of spineless cowards. Sheriff and Mrs. Kane leave it behind. Hollywood’s punitive nightmare lasted more than a decade, from 1947 to 1960. Nothing would ever be the same: careers were crushed,  friendships wrecked, lives ruined

I never tire of watching High Noon. Unlike most films from the 1950’s, it seems to me clean, sleek. The tensions are perfectly paced, the music (and the classic song Do Not Forsake Me Oh My Darlin’) lope along until they too escalate with the action. The intricate relationships of the characters play across the screen with understated grace and intensity.