Elvis Has Never Left the Building 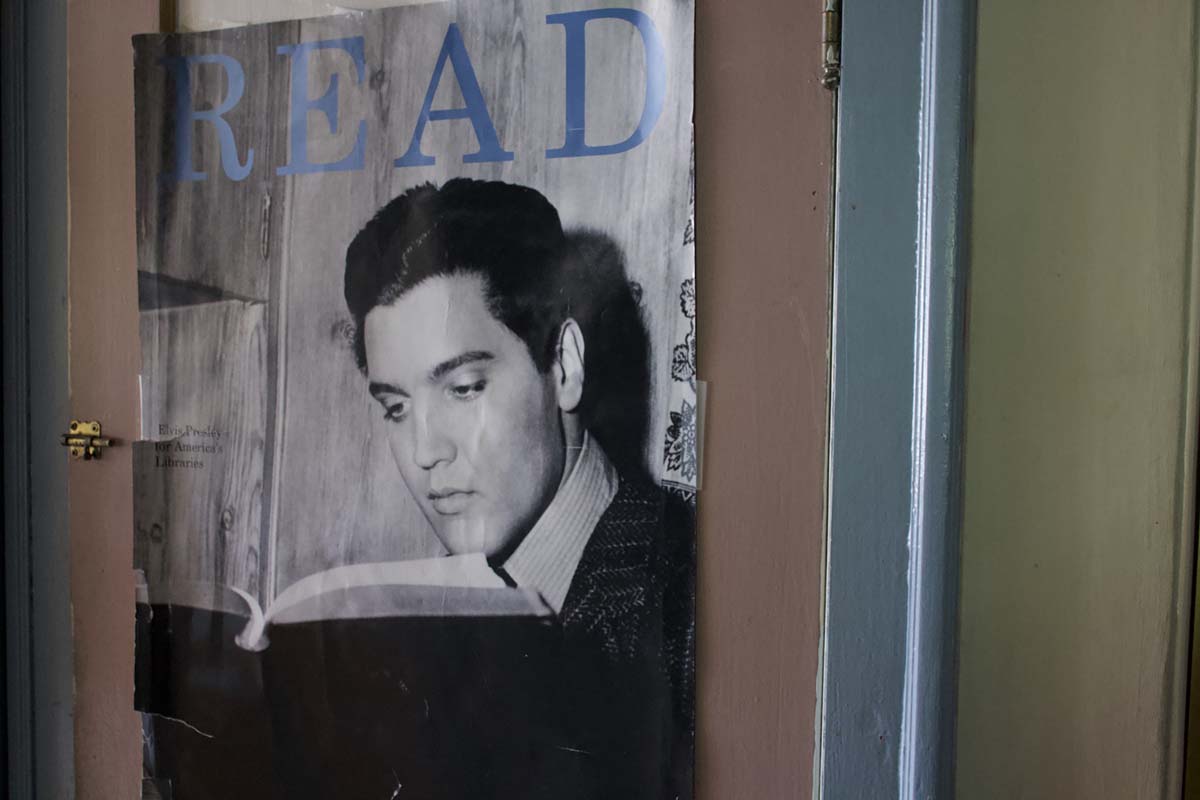 When Elvis died in 1977 a woman who lived in a Fifties tract house in San Bernardino, California, put up a shrine to the King. It was well-maintained, and the more heartfelt for its homemade posters, plastic flowers, hand-lettered banners. My mom, who was a secretary for an orthopedic surgeon at the nearby county complex, passed this house every day on her way to work.

One afternoon–many years and miles distant from there—my mom and I mused about that house. I said, “For some reason I always thought a woman with two daughters must have lived there.”  Immediately there splashed across my mind that the two daughters’ names must surely be Priscilla and Lisa Marie. From there the story billowed up out of my imagination, and I put aside everything else to write it.

To convey my character, Joyce Jackson, a passionate Elvis fan, I had to know understand Elvis as she would have. But I, personally, was not an Elvis fan, far from it. I was acquainted only with the standard images: the swivel-hipped handsome hunk who over time deteriorated into a fat joke, and died sitting on his throne. Not a pretty picture. For a year, in addition to reading everything I could find, his music pounded through the house both while I was working and after I quit. Though Elvis himself does not appear in the novel (save as a ghost) a new, more tragic, thematically richer portrait of him emerged in my mind and heart.

Certainly Graced Land  was the most fun I ever had writing a book. Set in St. Elmo, the time frame shuttled between the mid-1950’s and 1982. I created a naive young social worker whose life and values are totally upended by her meeting with her welfare client, Joyce. I wrote sassy-smart first person narratives for Cilla, age fourteen. My mother got to make a tiny cameo appearance as a secretary on the elevator at the county complex. For the sales conference where Grove would present the book, I re-created Joyce’s porch memorial and shipped it to New York. The book got glowing reviews and Elvis fans all over the country wrote to me. Through Elvis, I made life-long friends.

Writing Graced Land was something of a conversion experience for me and my whole family; we became, remain massive Elvis fans. He changed my life. In some ways Elvis has never left this building.