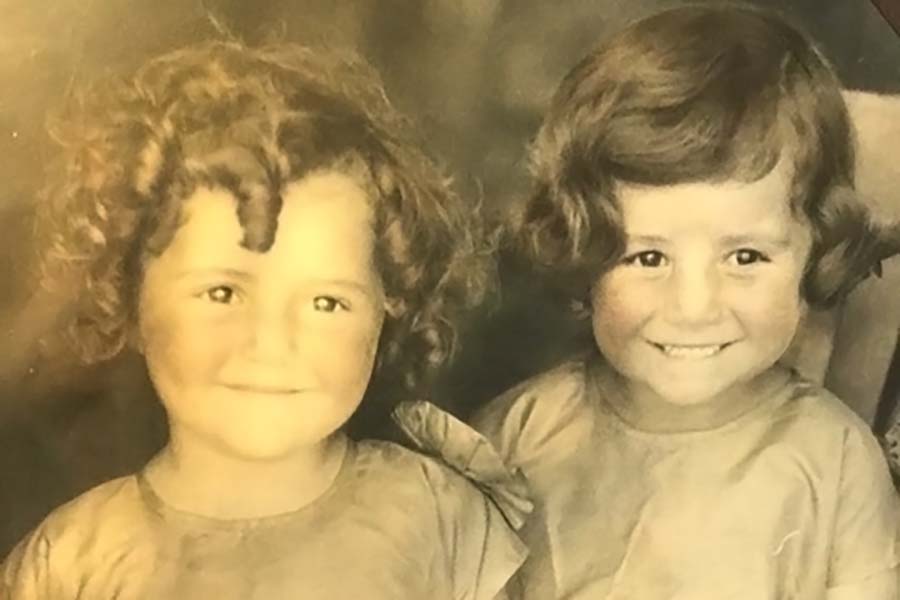 I always read the dedications of books. I always wonder about what that person meant to the author. Some are transparent. “To my father…..” “To my son….” Others less so. My favorite dedication of all time is from 1931, “The Archie and Mehitabel Poems” by Don Marquis. (Archie is a cockroach who sneaks into the newsroom at night and uses the typewriter to write free verse.) Marquis dedicated his book “To Babs. For Babs knows what. And Babs knows why.” You can never top that one.

My many books have been dedicated to a few close friends, and to supportive agents, but mostly to my sons, my sister and my mother. THE GREAT PRETENDERS has a unique dedication. 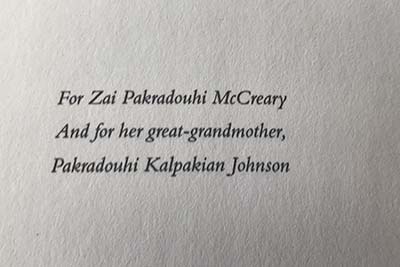 Pakradouhi (pronounced Pahk-rahd-o-oui) is the Armenian name given to my mother when she was born in Constantinople in March 1922 . It is the feminine of Pakrad, an Armenian prince c. 1100.  Her parents were originally from southeastern Turkey, forced to flee to Syria where they had lived for four months before coming to Constantinople. Pakradouhi was born shortly after they arrived. Constantinople was but a stop off; the family had plans to emigrate to the US, to Los Angeles where my grandmother had relatives, a brother and sister who had emigrated about fifteen years earlier.

Extensive planning took over a year before the Kalpakians could embark: my grandparents, Haroutune and Haigouhi, Pakradouhi, about fifteen months, her older sister Angagh, age five, and my grandmother’s brother, Haig, age seventeen. The story of that journey is too long and too heartbreaking to be told in this short space. Suffice it to say they ended up crossing the Mediterranean and the Atlantic twice. They finally landed in Rhode Island in October 1923, and from there went to New York. From New York they rode the train. No doubt looking weird and weary, they were met in Los Angeles by the Boyds. (This family had already changed their name from Boyajian to Boyd.) In her Centennial Memoir, my mother describes this meeting:

“They may have thought we looked ‘right off the boat.’ Mama, age 22, was 6 months pregnant, her long, heavy skirt hung lopsided due to the pregnancy. Her two small daughters, Angagh and I, clung to her skirt. Did we smell of moth balls? Maybe. Mama could speak some English, the rest of us could not. [Mama said] that the Boyds gave a party for us when we arrived. I, as a toddler, of course have no memory of this party, but I sincerely hope they gave us a little time to recover from that grueling trip before we were trotted out to meet total strangers.” 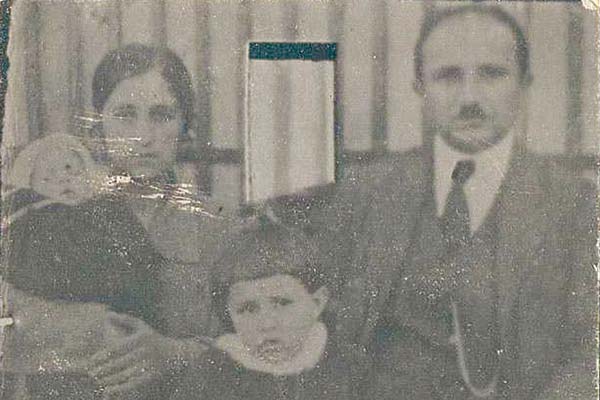 The Boyds, thoroughly Americanized, could say Angagh’s name, but not Pakradouhi. Too much of a mouthful. At first her cousins called Pakradouhi “Peach Face,” but eventually that evolved into Peggy, a chirpy popular name for girls in the 1920’s.

And Peggy she stayed. She started kindergarten and graduated from high school as Peggy Kalpakian. When at age 21 she got her own naturalization papers, she was told if she wanted to change her name, now was the time to do it. She did it, became Peggy Kalpakian. A year later she married Bill Johnson and became Peggy Johnson. Later, her grandsons gifted her with the name, Maudie. Pakradouhi vanished into the distant, unremembered past.

In 2017 when my son Brendan and his wife Shweta knew they were expecting a girl, they told my mother they were giving their daughter Pakradouhi, as a middle name in her honor.  My mother wept with disbelief, with joy, to have her original name reunited with the family for the first time in 95 years. 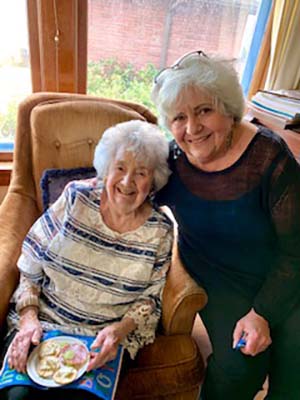 No doubt Zai Pakradouhi McCreary (born January 2018) will roll her eyes, perhaps even resent it when she will be obliged to pronounce the name, and answer the incessant question, “How did you come by such a weird name?” She will tell the story of how it was taken from her great-grandmother, not by nefarious means, but the simple, slow, relentless erosion of Americanization. And every time Zai tells the story, she will, of necessity remember her great-grandmother. My mother’s original name will be restored, not simply to her, but to posterity.  This makes my mother happy. Makes all of us happy. One day it will make Zai happy.

So with this dedication to THE GREAT PRETENDERS I thought to connect the oldest and the youngest of my family. My mother turned 97 this week. And Zai Pakradouhi McCreary, the toddler, is just about the same age her great-grandmother was when her family braved the Atlantic and the Mediterranean–twice–to find a new life in America.