I met Boswell (so to speak) in a hospital bed. As an undergraduate, I somehow contracted pleurisy and spent a week in the campus health center’s small hospital. Pleurisy made every breath painful, coughing was excruciating, sneezing was torturous, and I would never have known how agonizing it felt to laugh out loud except that someone gave me Boswell’s youthful London Journal to read. Ever since, I have always had enormous affection for him. The book is occasionally uproarious, though often, and especially with regard to women, cringe-worthy. Still, Boswell is never dull. He and his prose are always well-groomed, and his pages pulsate with the life of the great city he loved, with youth, not just the high spirits, but intermittent bouts of longing, and doubt.

The London Journal takes place in 1763. Young James, the son of a somber Scottish judge, having done his father’s bidding at least insofar as he passed the Scottish bar exams was (reluctantly) given an allowance to live in London for a year. Here James ostensibly sought out professions other than the law. In truth, he frequented the theatres and coffeehouses, the bookshops, the tea tables of high society ladies and the boudoirs of high society whores as well as women who would do it on the bridges. He scribbled continually, faithfully in his journal, and made it his business to hobnob with the literary giants of his time.

In May of 1763 he met the great Samuel Johnson (1709–1784) Dictionary Johnson as he was known, an introduction James had longed for. In the London Journal his self-serving candor is almost endearing. At one point, like any star-struck fanboy, he writes, “We then talked of me.” Johnson and Boswell became great companions from the beginning, their lives intertwined forever after. For Boswell, Dr. Johnson was not only the greatest wit and savant of his age, but a figure who offered the paternal affection and approval that Boswell never had from his own father, Lord Auchinleck in Ayrshire.

Boswell was proud to be Scots, but he hungered for a place in the wider world, like, well, London.

Following that year in London his father sent Boswell to the Dutch city of Utrecht to study further in the law. Boswell, never a great student, but a lively traveler used the occasion to gallivant all over the Continent and ingratiate himself with the literary greats there, Voltaire, and Rousseau. (His adventures with Rousseau’s mistress are hilarious.) He also had political adventures with the now-forgotten Corsican patriot, Pascal Paoli. Though they are lively, the Holland and Continental journals never quite enlisted my affection. Perhaps because the London Journal’s exuberance was such a happy antidote to the pain of pleurisy.

In 1773 Boswell and Johnson undertook a walking tour of Hebrides, Scotland’s far western isles, a remarkable feat for a man as old as Johnson. (He was then 64, ancient by 18th century standards.) On this tour Boswell brought the Great Man home to Auchinleck House to meet his father. What a evening that must have been! Imagine the dinner with all three: stern, disapproving Lord Auchinleck, chronically melancholy Samuel Johnson, and between them, Boswell no doubt drinking heavily, hoping that Johnson’s presence will redeem him in the eyes of his father. Imagine them walking the grounds and gardens in the long Scottish twilight. 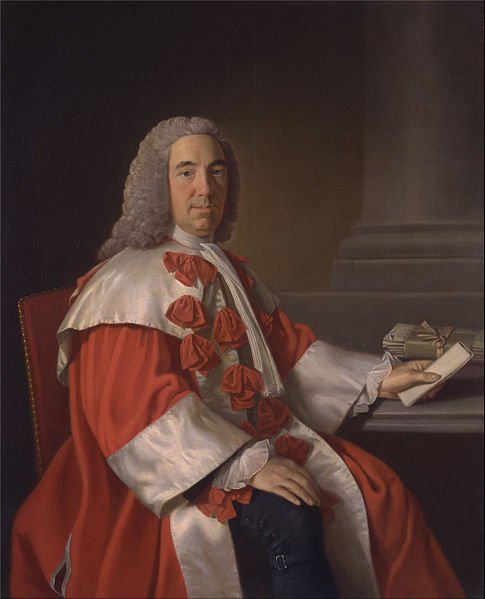 The house sat silent, a gloomy, glowering, forgotten place. Other than the wind, the only sound was my little boy’s voice.

I have been to Boswell’s home, Auchinleck House, years ago, in the 1980’s. I was living in Oxford with my husband and my little son, Bear, and Scotland was one of the long jaunts we took in our car. We didn’t go as far as the Highlands, but we traveled all round the Lowlands, and over to the West Coast. I remember staying at a farmhouse B&B where the farmer’s wife told us proudly that though they lived within ten miles of the border, they had never set foot in England.

Ah. That kind of pride of place was everywhere apparent in Lowland Scotland, Burns Country.

Poet Robert Burns (1759—1796) almost exactly Boswell’s contemporary, but the two could not be more different. Burns (“….my love is like a red red rose….”) is so beloved that Scots world-wide celebrate his birthday, January 24th. As we drove I noted all sorts of places where the poet Burns had lived or slept or perhaps merely dallied. Burns seemed to have graced every rock in Lowland Scotland, but Boswell was nowhere commemorated, nowhere mentioned. Unlike Burns, Boswell had a rather tortured relationship with his home country. Boswell was proud to be Scots, but he hungered for a place in the wider world, like, well, London.

Boswell’s first meeting with Samuel Johnson underscores this tension. In his Dictionary Samuel Johnson had described the Scots in an unflattering light: “Oats: a grain which in England is generally given to horses, but in Scotland supports the people.” On meeting Boswell, he made some remark on Mr. Boswell’s origins.

The young man replied, “Mr. Johnson, I do indeed come from Scotland, but I cannot help it.”

The grumpy Johnson retorted, “That, Sir, is what I find a very great many of your countrymen cannot help.”

Boswell’s ambivalent relationship with Scotland continued throughout his life. As we drove around Ayrshire looking for any sign of him, I could not help but think that Scotland had certainly equivocated in return. At last, on an August afternoon of fine Scottish weather, which is to say, damp, gray and rainy, we came to Auchinleck village.

The ladies had told me they were hoping to collect enough money to have Auchinleck House restored. At five pounds a pop, good luck with that.

It was well after lunchtime and the one pub was closed, and when I asked a passer-by about Boswell’s house, he directed me to a Knitting Shop. I pushed open the door and a little bell rang overhead and there at the counter surrounded by shelves of colorful yarns sat three or four matrons, warming themselves at an electric fire. The light was dim, the windows were misty. The women were cheerful, though surprised to see an American here at all, though delighted when I asked after Boswell’s home. This knitting shop, as it turned out, was the Headquarters of the International Boswell Society, which, for five pounds for the whole year, I joined on the spot. They gave me a copy of their current newsletter (a two-page mimeographed number) and directions to the house, though they said there was no museum, and nothing much to see.

Late afternoon, our car finally pulled in sight of the place. The great house was abandoned, closed up and decayed. (The ladies had told me they were hoping to collect enough money to have it restored. At five pounds a pop, good luck with that.) The grounds were untended, overgrown, but there was nothing to stop us from driving right up to it, and we did. My husband amused Bear who was happy to be out of the car, frolicking on the grounds. 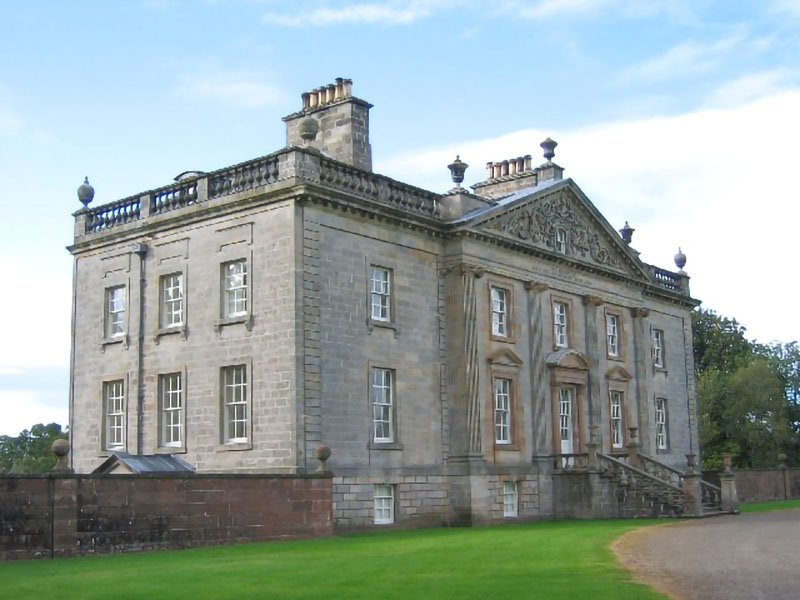 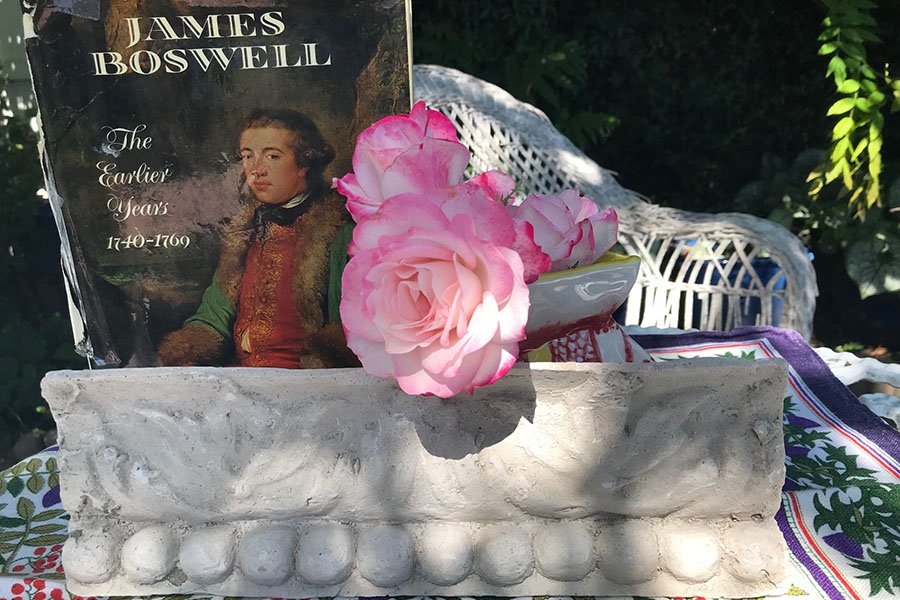 As I walked all around the house, I tried my best to imagine Samuel Johnson walking there with Lord Auchinleck after their dinner, and poor James feeling like a puppy in the company of two such august personages. I hoped to peer inside, but the windows were boarded up, or shuttered, vacant-eyed in any event. The whole place was in such disrepair that molding from the roof or windows had fallen to the ground here and there, and lay untouched. I kept thinking someone would show up and shoo us off the property, but no one did. The house sat silent, a gloomy, glowering, forgotten place. Other than the wind, the only sound was my little boy’s voice.

As I wandered back to the car, I passed one of the fallen moldings lying there. I looked around. Who was there to care if I took it? So I did. I keep it now on a bookshelf in sight of the chaotic little cockpit where I write every day.

After his death, Boswell was almost immediately obliterated. His immediate relatives, and later his descendants were ashamed of him.

James Boswell eventually married well; he had legitimate children to go along with the illegitimate ones; he practiced law in Scotland, and England. On the death of his father, he succeeded to Auchinleck House. Despite the great literary achievement of his biography of Samuel Johnson, his was not a happy life. His wife died, and venereal disease, alcoholism, gambling debts, and a lack of success in the law in both Scotland and England dogged his later years. He died in 1794.

He was almost immediately obliterated. His immediate relatives, and later his descendants were ashamed of him. Perhaps, as proud Scots, they too looked sourly on his British enthusiasms. Perhaps they read some of his candid journals, and his shocking correspondence. As the Victorian Era dawned, his papers were scattered across the British Isles, secreted away by his remaining, still-disapproving descendants. Slowly, over more than a century and in a series of dramatic events—reminiscent of Henry James’ novella The Aspern Papers—eager wealthy collectors were able to court Boswell’s aging descendants, and save the papers from destruction. (Among other incredible stories. the London journal was fortunately recognized as the packing paper used in a shipment of goods to furnish a Paris flat!) The bulk of these papers ended up at Yale.

As a result Boswell’s vast trove of writing became an academic cottage industry. Over decades Yale published new editions of the journals and volumes of in-depth biographies. James Boswell’s enormous, lively literary talent was recognized at last, and he was able to romp into the 20th century.

Happily Wikipedia tells me that in 1986 Auchinleck House was turned over to the Scottish Historic Buildings Trust and in 1999 bought by the Landmark Trust who restored it, though it is only occasionally open to the public. One wonders at the ghosts who must surely still haunt the place, none more restless than James Boswell himself.