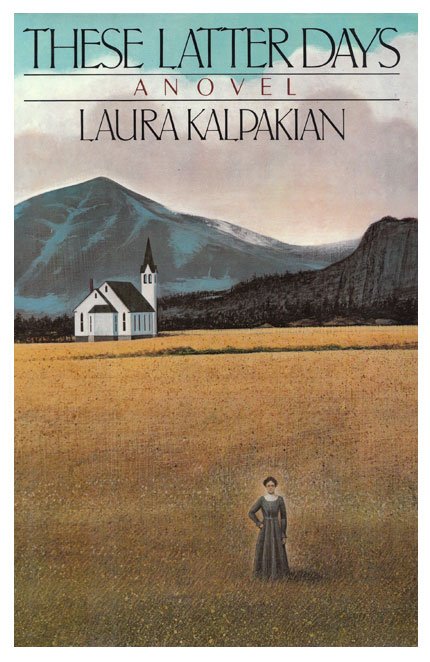 Ruth Mason was tall, dark and handsome, but it’s not the same on a woman. At twenty-five she has become that unthinkable anomaly, the unmarried Mormon girl. In 1889 she accepts the proposal of the good looking Samuel Douglass, marries him, and travels to his frontier Idaho dry farm.

For ten years of backbreaking labor Ruth keeps her doubts about men, marriage–and God–to herself. Three of her five children are born in an earthen dugout, the last two in a prosperous brick house. Samuel’s religious delusions and sexual violence spiral, casting Ruth finally into an excruciating choice. Calling, on her every ounce of strength, and pride, Ruth makes a daring escape from Idaho with five young children, a sixth on the way.   Now, neither wife, widow or virgin—the only roles the Saints recognize for women—Ruth fashions a lie that will haunt generations.

The Widow Douglass arrives in St Elmo, California in 1900, beholden for bread and shelter to her odious brother-in-law, the banker Art Whickham.   A railroad town in the high desert, St. Elmo is dominated by Mormons and Methodists. But the only doctor is the atheist, Lucius Tipton. Ruth and Lucius recognize their fundamental accord, two independent souls. Over time their regard blossoms into an abiding, though forbidden love.

Tall, spare, severely clad, the Widow Douglass is ostensibly upright, if not altogether conventional, and pride strengthens her resolve. She maintains her family and her reputation, though she cannot extend affection to her children. Lucius Tipton offers his wit, intelligence, his fatherly guidance to the wayward Douglass children—some more wayward than others.

Three generations of headstrong women follow their hearts and instincts. This chronicle of a vast, restless Mormon family explores both revelation and rebellion, the lives of Latter-day Saints and sinners, the legacy of a woman who refused to be an object of either lust or pity.

Writers are always advised: write from what you know. I have more often written from what I don’t know, what vexes or haunts or troubles me.

These Latter Days, a vast, brash, unruly novel, took me seven years to write. I was creatively unable to move on to another book till I had wrestled this one to the ground, and seen it into print.