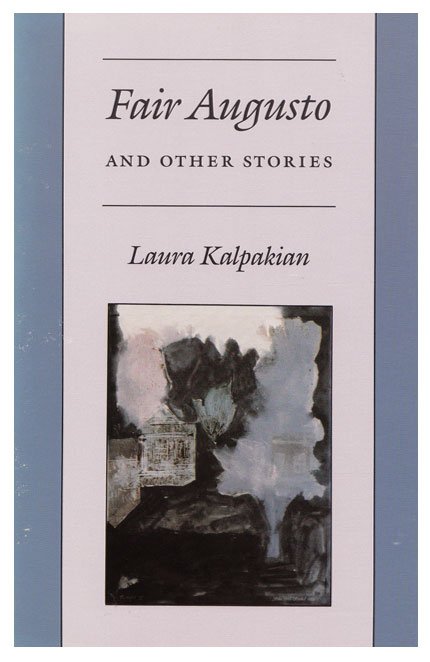 These stories cross continents, and explore the often darkened regions of the heart. The characters who people these pages find themselves adrift in foreign places, confronted by the past, mutable and fluid in a treacherous present.

In the title piece, Jessie McCarren, a young American woman encounters Gil, an old friend in a sunlit Venetian square on August 15th, the celebration of Ferragusto. They have not seen each other in seven years, and in that time, Michael Devereaux, a man Jessie once loved, has died by his own hand, a gun to his head. On this Venetian evening, Jessie, flush with fresh success as a mystery writer, would rather dwell amid the lights and music, but Gil is still awash in sorrow for the golden Michael. Memory creates an undertow whose currents Jessie must resist, or revisit a loss she has steadfastly denied.

“Hunters in the Fields of August” is the haunting chronicle of three generations of a Jewish family who escape Mussolini’s Italy on the eve of World War II, only to find failed expectations in Hollywood.

In “The Bare Root Season” a well-to-do matron of middle years confronts the divided loyalties that will wreck her seemingly secure marriage. Her careless daughter requests more money, more support, more love than anyone can ever provide, but her mother continues to lavish hope and sustenance. As the sacrifices mount, so do the strains.

“The Last Dream before Waking” follows an adulterous American diplomat on holiday in Scotland with his wife and two daughters. He insists they all join a lakeside picnic with the family of his mistress. The eldest daughter watches, helplessly, as her father forfeits their happiness, and her mother stoically quotes Jane Eyre, and disaster looms.

In “The Land of Lucky Strike,” Dickran Agajanian, a recent immigrant to Los Angeles in the Twenties, struggles with the opulence, the promise, the casual cruelties of American life. “Veteran’s Day” (Winner of the Stand International Prize for Fiction) tells the story of a sister loyal to her half-mad, car-thief, Vietnam vet brother who brings the small town of Esperanza Point California into the glare of the national spotlight with his one last desperate stand-off.

Readers familiar with St. Elmo, California, and characters from These Latter Days will find stories of Afton Lance and Gideon Douglass here, as well as a more contemporary St. Elmo.

In “The Last Page,” a group of working women find a battered paperback in the employees’ lounge book bin, a romance novel that begs, if not for their intervention, at least for their understanding.

An author learns patience of necessity.