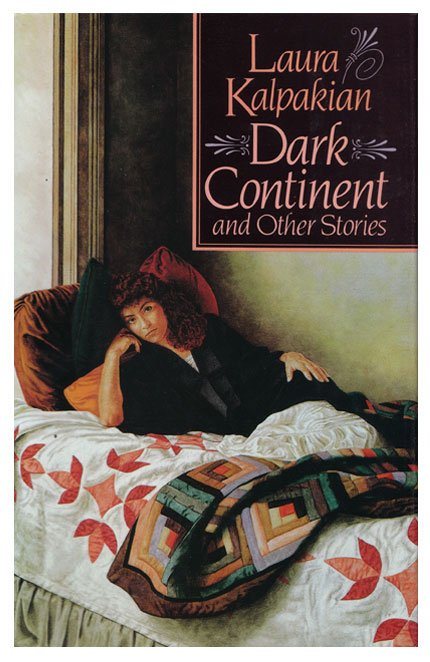 “The Battle of Manila” won a Pushcart Prize

In these six novellas the powerful hand of the past reaches into the present to test loyalties, to stir old affections, rekindle both joy and sorrow. Madness, magic and love thread through these tales connecting their unlikely protagonists.   Laura Kalpakian returns to the uncompromising desert town of St. Elmo, California, and to characters whose harsh, mutable fates are met with strength, even wisdom.

In The Battle of Manila, a woman named for a famous naval battle who lives her entire life in St. Elmo finds that two wars in far distant places will shape her destiny, her losses, her loves.   Mourning her soldier son Ben, Manila slides into a timeless half-lit world. What she has learned in a quarter century’s grief she will share to strengthen others.

A Christmas Cordial follows the yearly practice of the elderly, eccentric Miss Louisa Wyatt who brews her cordial from an ancient recipe in a seventeenth century volume. “‘The vertues of this water are many,’” Louisa recited, chapter and verse from Lady Aylesbury’s own notations. “‘’It comforteth, helpeth and preserveth. It balanceth the bile and the blood.’” Among Louisa’s London acquaintance the Cordial wreaks its annual magic, but its potency is most powerfully proved in the halls of memory.

Bones of Contention follows the heart-breaking journey of a disturbed child caught between a feckless stepfather and a mother whose uncompromising grip on their lives severs all affections.

In Wine Women and Song the Second World War brings a young mother to California from Idaho, to work in the war industries. With her immigrant neighbor, Mrs. Boyajian, Rose Bonner creates an unlikely family whose support buoys her when her husband returns from the war, a stranger to her.

The powerful title piece, Dark Continent follows Colin French, a man best described as living in a sort of sexual Switzerland, tidy, neutral and cold, comes to St. Elmo on a mission from London. He must ascertain the whereabouts of a woman whose passions led her from England to tearing across the Mexican desert on horseback, a woman whose charisma can still light the night sky.

These masterful tales of love and loss and might-have-been will linger with the reader long after the book is closed.

I said I always wished I could see uniform trade paperbacks of my work, books that could sit on a shelf and actually look to be related, visibly related, instead straggling like unruly foster children from different homes.

Neither Fish Nor Fowl

Thus the great pleasure of writing novellas: the tale is just as long as it needs to be, and if in that loose definition, it remains neither quite fish nor fowl, not a mini-novel, nor a overblown story, well tant pis as the French say.