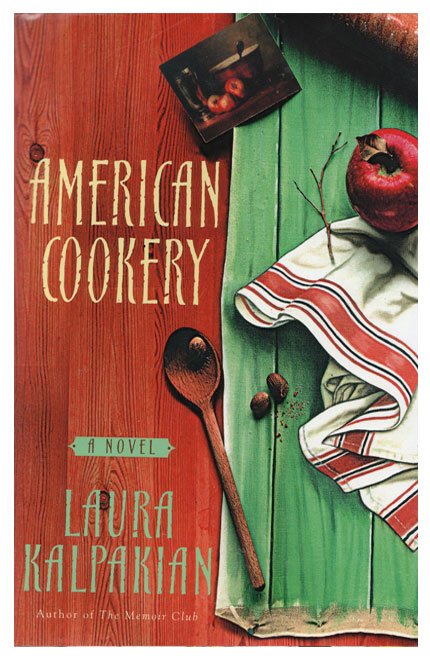 American Cookery fulfills  the wide embrace  of its title.   Serving up the joy of cooking, the story  chronicles  the appetites and recipes, the  tumultuous times, of people  whose lives touched  Eden Louise Douglass:    immigrants and natives. saints and sinners, silent film stars, sidekicks and stunt people.  The  good, the bad, the ugly,  the beautiful, the brave, the doomed and the daring

Born in 1920 Eden Douglass  has deep roots in a  contentious California family.  Her childhood is dominated by three women who compete for her loyalty, and her love.  Her deluded mother, Kitty, is happiest in  the Dream Theatre watching silent pictures and sipping from a bottle of Bowers’ bootleg Tonic.   Her Aunt Afton, a devout Mormon, presses upon young Eden the values of the church, and the pleasant predictability of  a genuinely loving family.  Ruth Douglass, Eden’s steely grandmother, wants to offer the  girl opportunities she had denied to her daughters. The Douglass women were known to borrow trouble and time and money.  Eden will need all three as her adventurous spirit takes her far from home.

American Cookery is a broad canvas novel of the West where people came to remake themselves, and the burdens of the past withered in the dry winds.   From the early days of railroad towns, through London in the Blitz and war torn France, to the post war boom years, the uprooted carry not just their few belongings, but vast stores of memory,  recollection of taste, texture, recognizable to the palate as well as the heart and mind.
Animated as a family reunion, intimate as a lover’s picnic, American Cookery is a novel to savor and share.

Memoir in a Jar

I opened the back door and walked into a house that was cold, dark, empty, and worst of all, silent. I had just returned from taking my youngest son to university 1300 miles away where he joined his brother. The day your child leaves home  is every bit as momentous as...
Read More

Pierino’s, the restaurant frequented by Roxanne Granville in The Great Pretenders, is well known to me. I invented it when characters from my novel American Cookery had lunch there in 1956. Like Roxanne, you too can enjoy Pierino’s in its heyday.

American Cookery is a big, broad-canvas novel of the West. A novel of migration and immigration, it reflects the California that I grew up in where everyone was from somewhere else. Some people (like my father) were uprooted by World War II when he joined the navy,...
Read More